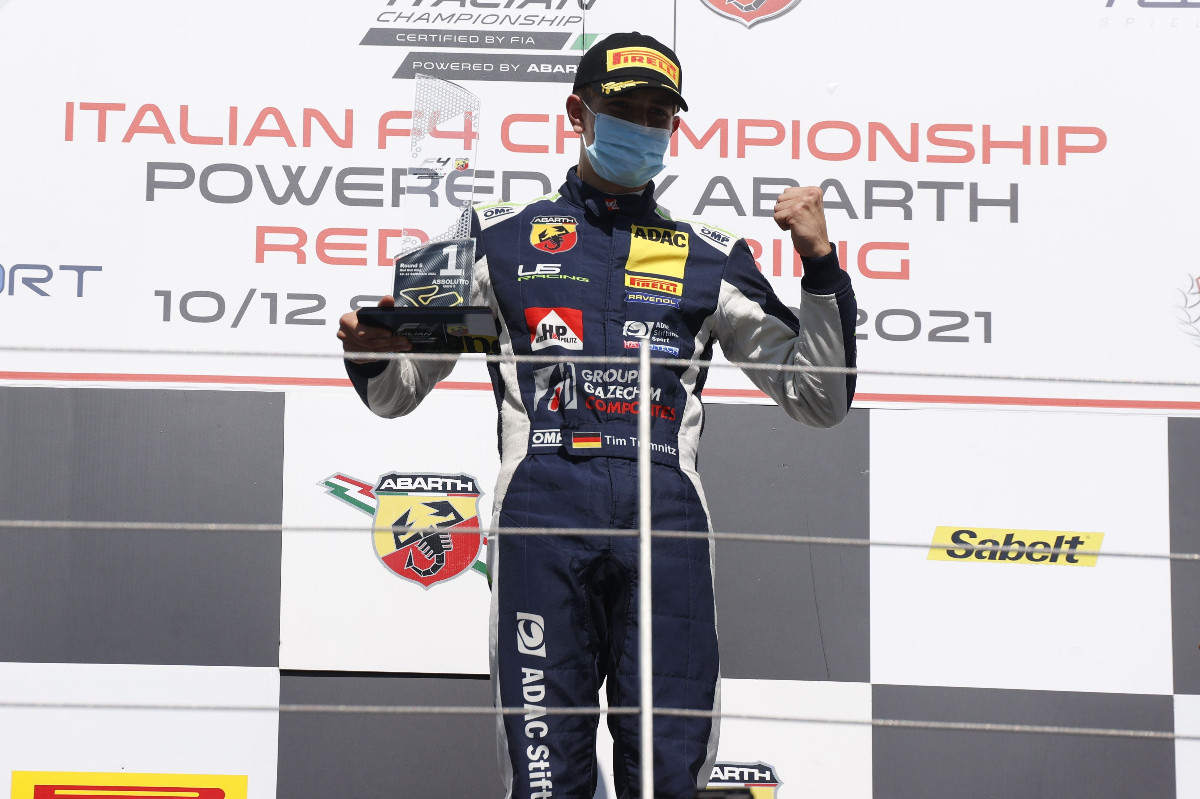 Tim Tramnitz claimed victory in the final Italian Formula 4 race of the weekend at the Red Bull Ring in a crazy wet encounter.

Pre-race rain meant the race started behind the safety car, and at the end of lap one all but 12 of the 31 cars pitted for grooved wet tyres. That promoted Ollie Bearman into the lead, and more of his opposition pitted before the green flags were first waved.

As soon as proper racing could get underway, Bearman came under attack from Van Amersfoort Racing team-mate Nikita Bedrin, and he managed to get past at turn four. He quickly created a gap, but then the next VAR car of Joshua Dufek also cleared Bearman and closed in on Bedrin.

Dufek had been one of the lap one stoppers and while initially mired in the midfield he was in second place by lap seven. Bearman, Kirill Smal and Joshua Duerksen ran behind, with Tramnitz having made his way up to seventh.

Bedrin and Dufek disputed the lead until Sebastian Montoya and Francesco Braschi spun out of the points, which led to the safety car coming back out. The 1.648-second margin Dufek had created was nullified, but on the restart he streaked away as Tramnitz moved into third after Smal and Bedrin battled.

Tramnitz passed Smal to move into second before the safety car was summoned again when Santiago Ramos beached himself in the gravel, and on the next restart Dufek didn’t have the advantage. Tramnitz was alongside him down the pit straight then spent the whole of the next lap running side-by-side until he finally claimed the lead.

After that, he pulled away for his second straight win. Smal completed the podium, holding off late pressure from Francesco Simonazzi whose BVM Racing team-mate Eron Rexhepi didn’t race due to leg swelling.

Making gains on the final tour was Mercedes-AMG Formula 1 junior Andrea Kimi Antonelli, who ended his first weekend in car racing with a pass on Pedro Perino for ninth place.