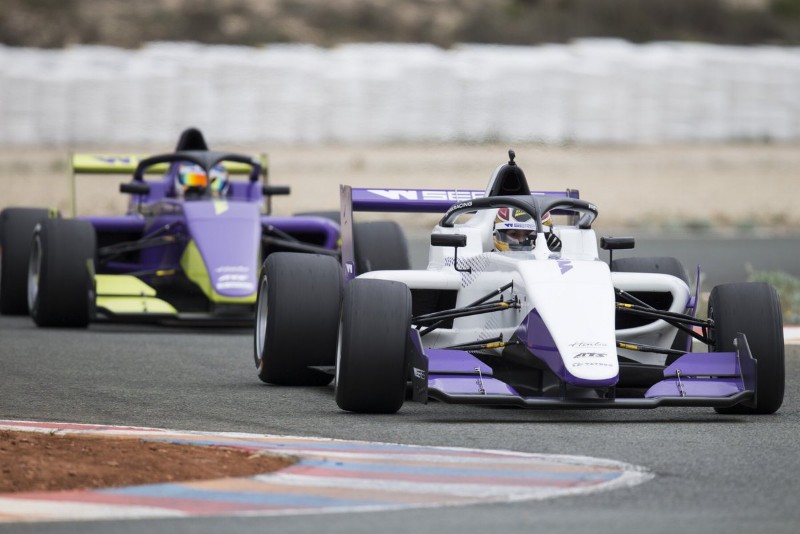 W Series has secured the services of a new team to run its cars in 2021, following the exit of former partner Hitech GP.

In the championship’s inaugural season in 2019, title-winning Formula 3 outfit Hitech ran all 20 of W Series’ cars, and was set to do so again last year before racing was called entirely off during the coronavirus pandemic.

The British squad, which expanded into Formula 2 and BRDC British F3 into 2020 and will be the team running the Motorsport Games Formula 4 Cup grid when the event returns this year, decided against a third year with W Series.

That decision was made public last November, and this month the organizers of W Series signed a deal with an established Britain-based racing operation experienced in running junior single-seaters to to take over engineering and operational duties.

W Series will be back in action for a five-day pre-season test at Valencia Ricardo Tormo on April 26-30, and the first race of 2021 will take place two months later at Paul Ricard.

All eight rounds of the championship’s second season will run on Formula 1’s support bill, and the grid will feature many of the names that raced in 2019 – such as champion Jamie Chadwick, Marta Garcia and Emma Kimilainen.

Hankook was the tyre supplier for the series in 2019, but it was not contracted for this year. W Series is yet to reveal which company will be providing tyres for the upcoming season, with series CEO Catherine Bond Muir saying last month that a decision had yet to be reached after “speaking to a number of tyre suppliers”.