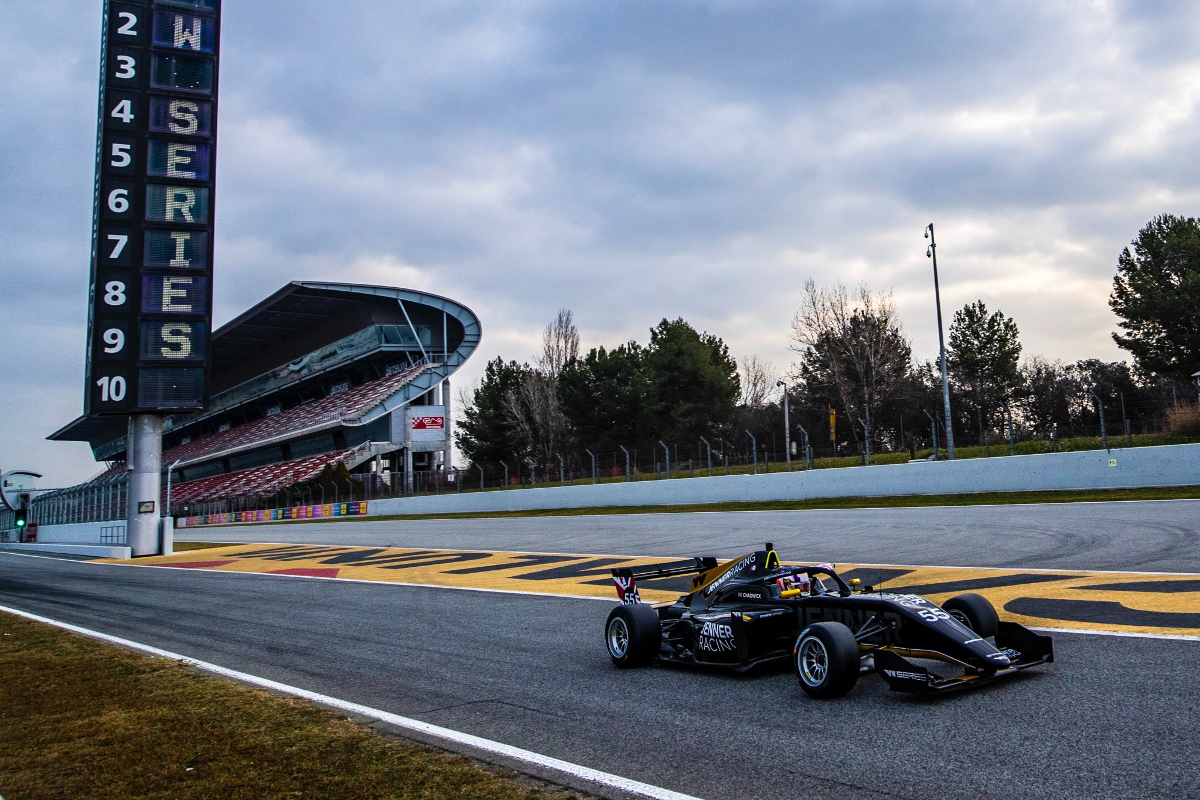 Two blockchain technology-based sponsors will get branding rights to two cars each in this year’s W Series, which began its pre-season Barcelona test on Wednesday.

There were 10 drivers on track from ‘Group 1’, with only one – reigning champion Jamie Chadwick – confirmed to be racing this year.

The company running all of the test cars will operate the grid when the season begins. Fine Moments held that role in 2021.

Nerea Marti and Tereza Babickova were at the wheel of the two blockchain-sponsored cars, and were fifth and ninth fastest in the morning session as Chadwick set the pace over Jessica Hawkins by 0.214 seconds.

A majority of the morning was spent under red flag conditions, with Formula Scout learning a fuel concern caused the test organiser to call the first lengthy stoppage that kept drivers off track for over 70 minutes.

There was confusion for those at the circuit, and when action resumed it was red flagged again soon after as Lena Buhler hit trouble. Hawkins demoted Abbi Pulling to third place in the final portion of green flag running.

Marti set the fastest lap of the test so far in the afternoon session, stopped by another Buhler red flag, at the point media’s live timing access was removed.

She was 0.201s faster than Chadwick, with Hawkins and Pulling in third and fourth. Karter Babickova was fifth fastest in the ‘CortDAO’-sponsored car. The sponsor claims to be “built around a community of motorsport fans and crypto pioneers who want to drive social change and push for reform in motorsports”, with CortDAO short for ‘Community Owned Racing Team Decentralized Autonomous Organization’.

Decentralized autonomous organizations are used to raise funds without the need for financial institutions such as crypto exchanges or investment banks. It is unclear whether CortDAO brings additional funds to W Series and if it has links to the now-absent ‘M Forbes Motorsport’ branding used in 2021.

Last year W Series said “as a mission-led organisation W Series is not only focused on promoting women in motorsport but is also committed to ensuring that the sport is more sustainable in all areas”, but crypto sponsorship does not seem to meet that mission statement.

The collapse of several motorsport-sponsoring crypto platforms left token owners with valueless investments, but has not deterred the two industries from continuing to engage, and concerns remain over the environmental impact of blockchain products as well as the security of trading platforms.

For example, mining of cryptocurrency Ethereum exceeds the annual energy consumption of whole countries, leaving the question of how blockchain technology could operate within any sustainability programme.