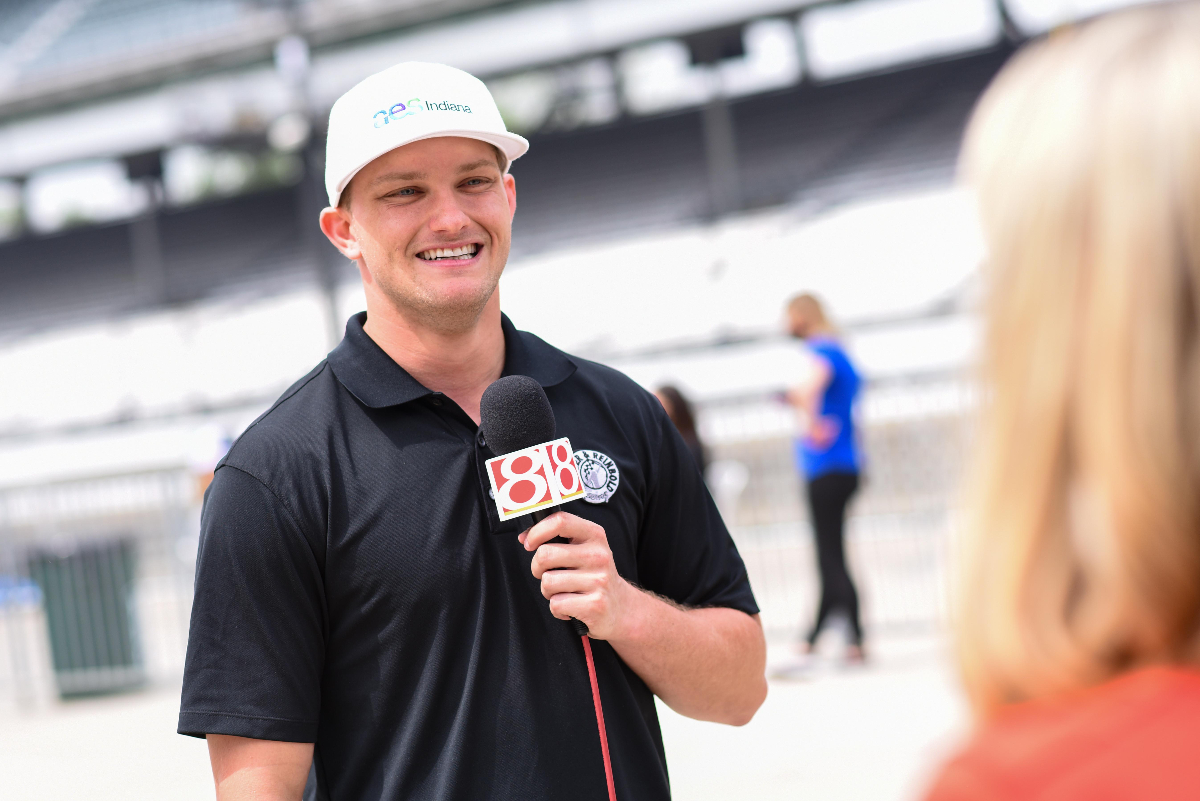 Velocity Racing Development’s Viktor Andersson took pole in the five-minute qualifying session, with the top six covered by less than a tenth of a second. Mac Clark was second, ahead of Josh Green, Trey Burke and his driver coach Karam.

Clark and Andersson swapped the lead through the heat’s first two laps, and Burke and Karam joined in two laps after. A huge crash further back didn’t interrupt the flow, as Ed Carpenter Racing’s Conor Daly and Green went three-wide with Burke for the lead before Karam led with a small gap.

Meanwhile privateer RC Enerson found the frontrunners and got by Karam to lead, then Daly did the same as the top six circulated with less than 0.6 seconds between them by lap 18.

It moved back to being Burke versus Karam as the pair occupied the inside and outside lanes and edged ahead of each other at different corners lap after lap, but Enerson got involved again. Daly also returned to the fight, before Enerson’s Karam fight got him shuffled to fourth.

Daly passed Burke to resume his attack on Karam, and briefly led before Enerson found the inside and ducked ahead. Burke also made a dive but momentum allowed Karam – after going three-wide at turn three – to use the outside to win by 0.159s ahead of Enerson. The top six were split by 0.640s, with Clark 27s back in seventh.

The top 10 finishers were reversed for the identically-distanced feature race’s grid, putting Dylan Christie and Dean Dybdahl at the front.

Christie rocketed away at the start, but slipstreaming meant Clark and Green were able to close in and within a few minutes Green led Burke and Karam.

Karam and Enerson both led before the four-minute mark, then Davison went down the inside of Enerson and Green for first place. Enerson responded, which opened a gap for Clark to lead.

The quartet battled harder and harder until, not long after Dybdahl and Daly collided at the back, Clark spun and took out Enerson whose broken car collected Christie.

A full course yellow followed, with Davison leading Burke, Karam and Lucas Mann. Davison nailed the restart, but Karam hunted him down while Clark crashed again.

The battle between Davison and Karam took Green and Mann with them, and Green briefly led. With two minutes remaining they went four-wide down the pit straight.