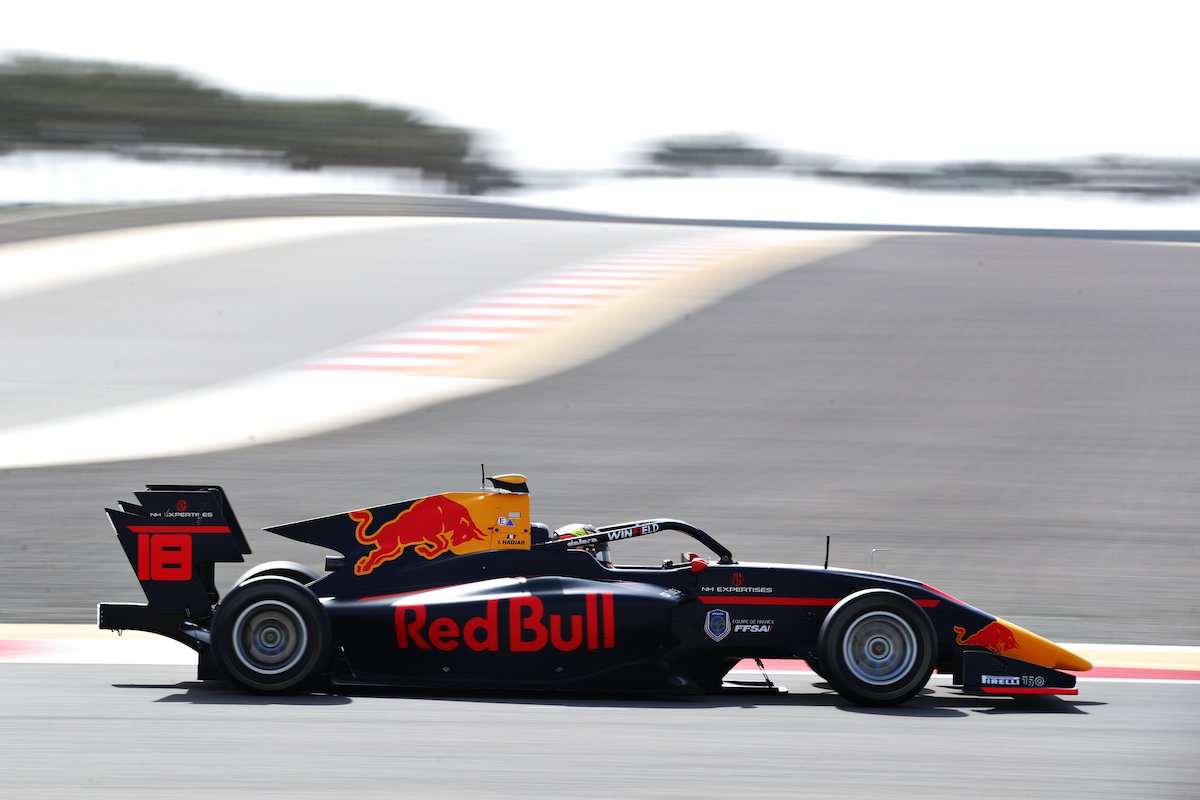 Red Bull junior Isack Hadjar dominated the top of the timing screen as the majority of teams opted for longer stints in the morning of day two of FIA Formula 3 testing in Bahrain.

Quick laps began to come in fast at the start of the morning with Martins, Jenzer Motorsport’s William Alatalo and Gregoire Saucy in the second ART Grand Prix at the top of the times in the first 20 minutes.

Hadjar improved on the fastest time, posting a 1m47.690s with two hours to go, followed by Alpine Academy driver Martins who went fastest with a 1m47.602s.

The next hour was much quieter before ART Grand Prix’s Juan Manuel Correa improved to go fifth fastest behind Saucy as the session entered the last 60 minutes. The American driver missed day one of testing after an inconclusive COVID-19 test.

The majority of teams opted for longer race runs at this stage with Saucy totalling 45 laps while Correa and Alpine Academy’s Martins clocked 43 laps.

Charouz driver Francesco Pizzi had limited running for the majority of the session. The Italian put in some laps towards the end of the session but didn’t improve on his 29th fastest time.

Compatriot Enzo Trulli suffered an engine issue that put him out of action on Wednesday afternoon, with his Carlin team working through the night to get him out on track in a new for just one installation lap.