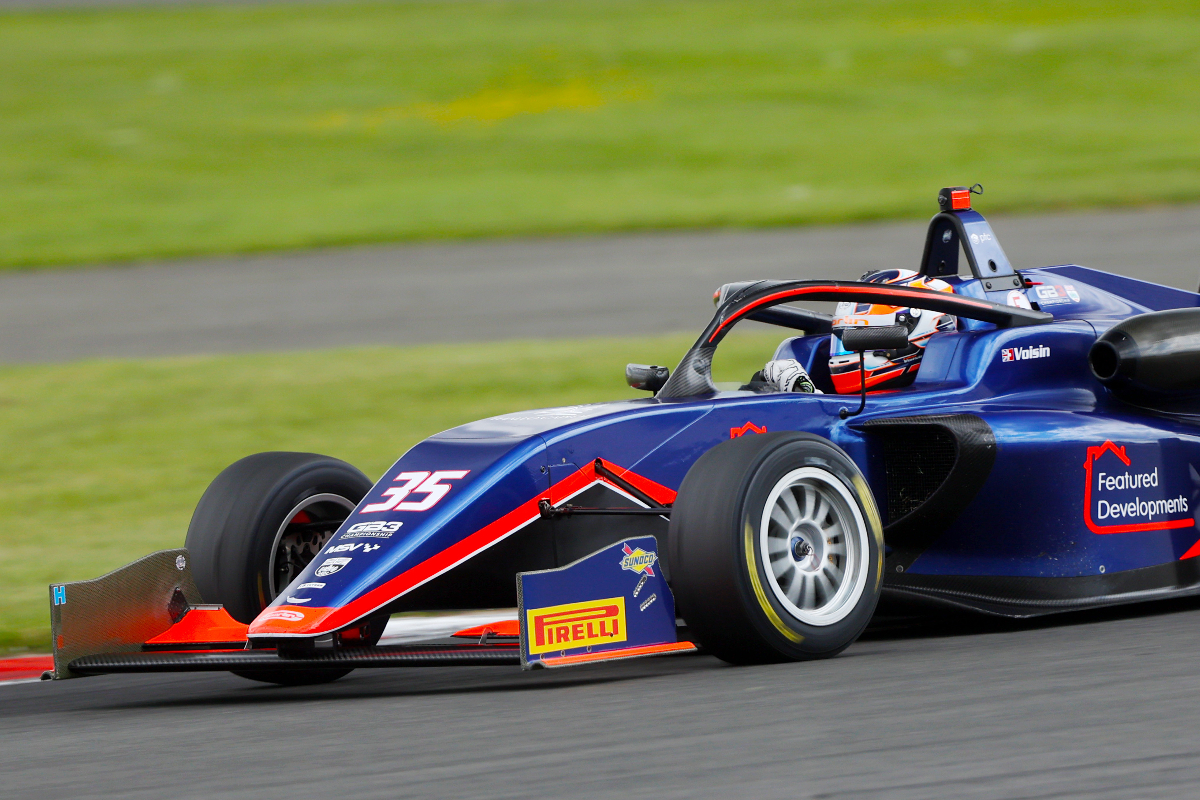 Carlin’s Callum Voisin took his second GB3 victory in race one at Snetterton after withstanding pressure from Luke Browning, who regained the championship lead.

The cars were held on the grid for several minutes before the formation lap commenced due to an issue with James Hedley’s car. The Elite Motorsport driver was eventually pushed off the grid and started from the pitlane.

Voisin led away from pole at the start, as Hitech GP’s Browning capitalised on a poor launch from Fortec Motorsports’ Joel Granfors to move into second, with Matthew Rees slotting into fourth.

Granfors had a look up the inside for second into turn one on lap two, but Browning closed the door and remained ahead of his chief title rival, as Voisin built a 1.1s lead.

Rees ran wide later in the lap and lost two positions to Faria and Lebbon, and the JHR Developments’ driver retired in the pits shortly afterwards with an issue.

Browning started to eat into Voisin’s advantage, closing to within 0.7s by lap seven, and reduced the gap further to 0.5s on lap nine.

But, stuck in the dirty air, Browning was unable to close the gap any more before the finish, with Granfors following the pair home in third.

Faria remained in a lonely fourth until the chequered flag ahead of Lebbon, who withstood late pressure from team-mate Bennett to take fifth by 0.1s

Douglas Motorsport’s Max Esterson was passed by Branden Lee Oxley at the start, but later retook the CDR driver as well as Hitech’s Bryce Aron to finish 10th. As a result, he jumps up to fifth in the standings.

Esterson’s team-mate Tommy Smith retired in the pits early on with front wing damage, and Fortec’s Zak Taylor did the same as he had an issue at the rear of his car.

Arden’s David Morales had his race also come to an early end at Bomb Hole, while Hillspeed’s Nick Gilkes was a non-starter due to a broken flywheel discovered just before the race.