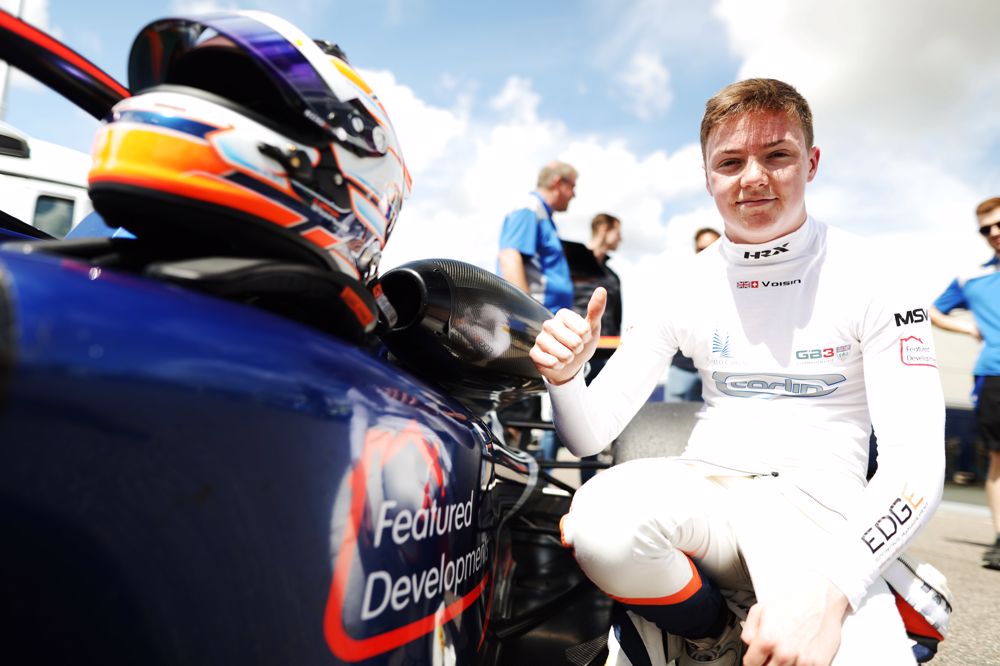 Carlin’s Callum Voisin took his third GB3 victory in a shortened reversed-grid race at Spa-Francorchamps that only had three racing laps.

Fortec Motorsports’ Zak Taylor led away from pole into La Source ahead of fellow front-row starter Tommy Smith, while Roberto Faria fended off a challenge for third from Taylor’s team-mate Mikkel Grundtvig, who then lost ground on the exit and dropped to seventh.

That allowed Voisin to gain one spot to fourth, and a great run up the Kemmel Straight enabled him to pass Carlin team-mate Faria before snatching the lead into the Les Combes in a three-wide battle with Smith and Taylor.

Douglas Motorsport’s Smith fought back on the exit to move back ahead of Voisin and lead the remainder of the opening lap.

Voisin tried to reclaim first from him on the run up to Les Combes on lap two, but Taylor moved up the outside to steal second, as Smith fended off the pair to maintain his place at the front.

The safety car was then deployed after Arden’s Nico Christodoulou suffered a rear-left puncture and left debris on the Kemmel Straight, with the red flags then shown after his Arden team-mate David Morales crashed heavily at Blanchimont.

After a short delay, the race resumed behind the safety car, with initially enough time for three more laps when the green flags were waved.

Voisin immediately dispatched Tayor for second exiting Raidillon and took the lead away from Smith before the end of the lap, when the safety car was deployed again after Grundtvig slid into the gravel at Stavelot.

The chequered flag was then waved at the end of the next tour, with Voisin declared winner ahead of Smith, and Faria taking third after passing Taylor at the chicane moments before the final safety car period.

Luke Browning once again edged title rival Joel Granfors to extend his points lead, the pair climbing from the back of the field to 11th and 12th.

John Bennett tumbled to 17th after contact with Morales on lap two put the Elite Motorsport driver into a spin at La Source, and Carlin’s Javier Sagrera damaged his front wing in a late battle with Flack and trailed home 20th.