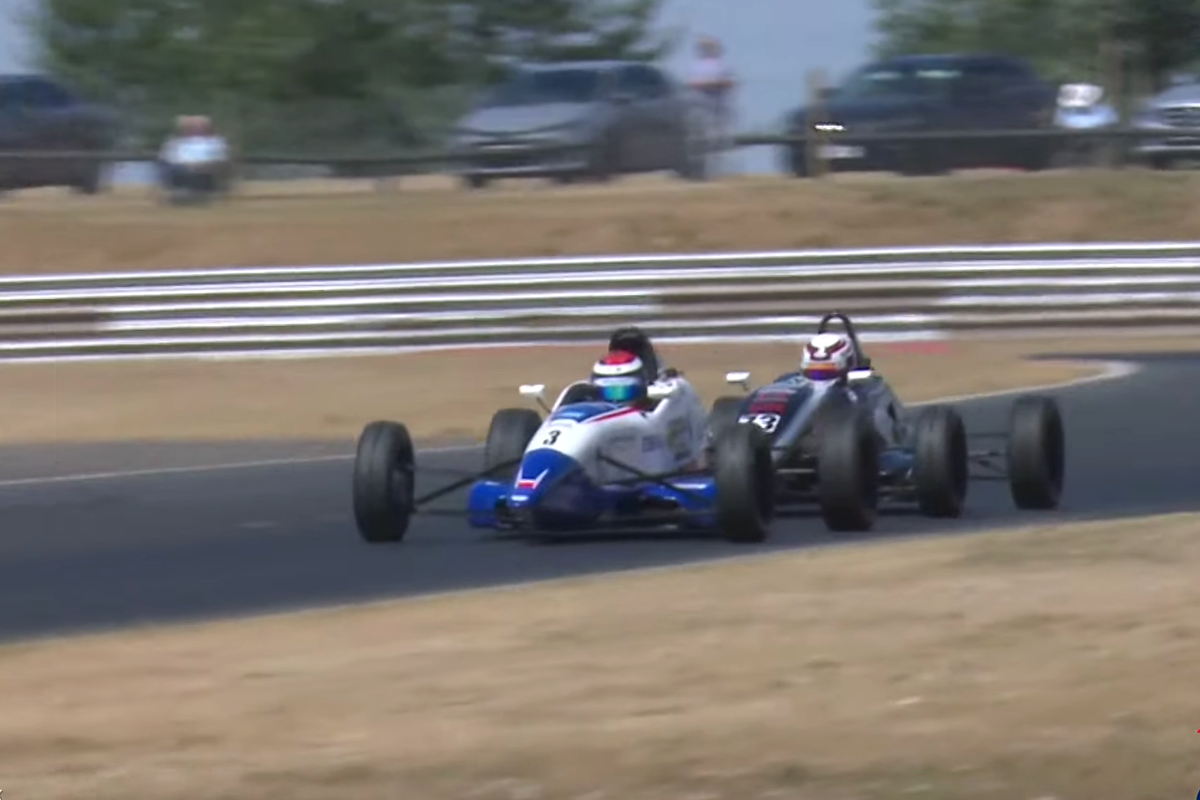 Jordan Dempsey made it two BRSCC National Formula Ford 1600 wins out of two at Snetterton on Sunday morning.

Oldfield Motorsport’s Lucas Romanek passed B-M Racing’s Jamie Sharp to get into second place into Riches on the opening lap and then sat behind Dempsey the whole race but could not find a way past as Dempsey maintained strong speed mid-corner in all the places Romanek wanted to overtake at.

In the end they were split by just 0.225 seconds after eight laps, and their fastest laps were also identical but with Dempsey getting the bonus points as he set the laptime first.

Behind them on track was Ammonite Motorsport’s Shawn Rashid, but a 10s penalty for track limits violations dropped him to 11th and meant his title-contending team-mate Colin Queen made up a crucial extra position to finish ninth.

Queen had started from the back of the grid after a disastrous first race on Saturday, and he had made it into the top 10 by by lap four. However his progress stalled in the race’s second half and he is now 51 points behind Dempsey at the top of the standings before dropped scores are taken into account.

Brindley Kinch and Murray Shepherd were the race’s two retirements, both ending their morning in the pits.