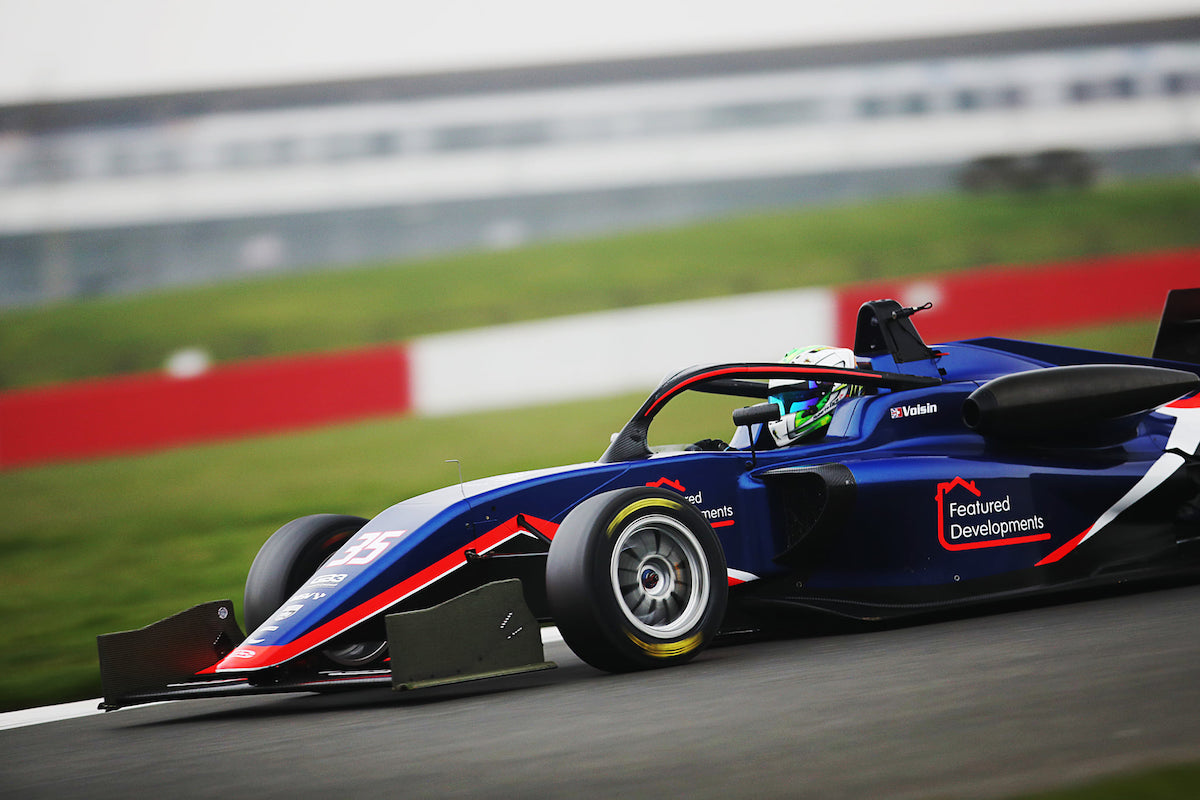 Voisin inherited the lead after front-row starters Joel Granfors and Matthew Rees collided on the opening lap, while Granfors’s chief title rival Luke Browning retired after being caught up in the melee.

Rees challenged poleman Granfors through the first few corners, but the two touched wheels as Rees tried to drive around the outside at Macleans.

A trip through the gravel dropped Rees to eighth, while Granfors retired after spearing across the track. Browning, who started fifth, also ended up off the track as he tried to take avoiding action – his car then suffering damage after a wild airborne moment on the grass.

There was a separate incident on the first lap between debutant Nico Christodolou (Arden) and Javier Sagrera (Carlin), with both forced out with damage.

Voisin controlled the remainder of the encounter to give Carlin its first win of the season, 2.262 seconds clear of Faria.

Max Esterson was less than a second behind in third, taking his first podium for Douglas Motorsport, and will start Sunday’s race two from pole.

Alex Connor was a season-best fourth for Arden, ahead of Elite Motorsport pair Tom Lebbon and James Hedley. McKenzy Cresswell (Chris Dittmann Racing) held off Rees for seventh, but the latter received a 10s time penalty for a false start and was demoted to ninth.

Zak Taylor was promoted to eighth for Arden, until Rees’ penalty was then rescinded, with CDR’s Branden Lee Oxley rounding out the top 10.

Elite’s John Bennett was the last of the finishers in 17th after a spin at Fogarty, with Arden’s David Morales also losing time by taking to the grass in avoidance.