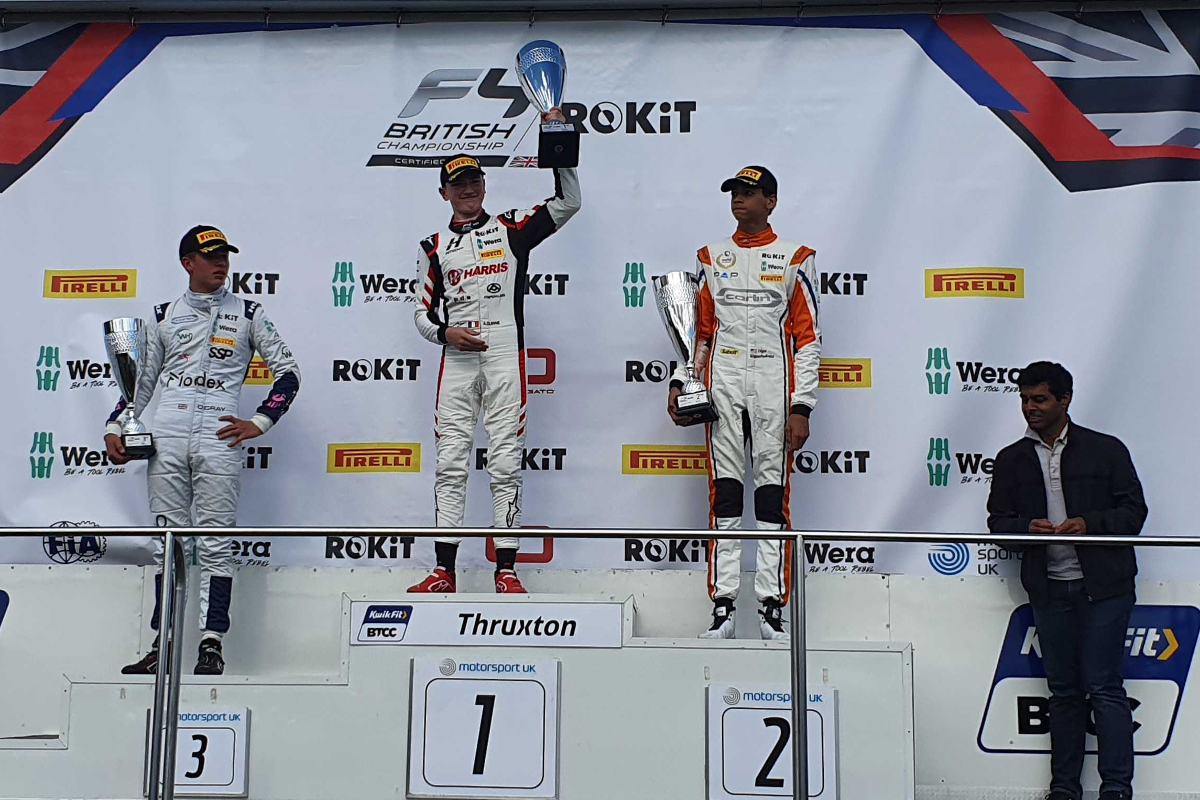 Alex Dunne took his fourth British Formula 4 victory of the season in the opening race of the weekend at Thruxton.

The championship leader finished with a comfortable gap back to Ugo Ugochukwu in second place.

Ugochukwu jumped past poleman Dunne on the opening lap, as Dunne told Formula Scout he was unable to see the starting lights, putting him on the backfoot and letting Ugochukwu get alongside off the line.

The McLaren Formula 1 junior then managed to hold Dunne off for a number of laps, which kept third-placed Williams junior Ollie Gray in touch with the leaders as they broke away from the rest of the field.

Ugochukwu then hit a bump at turn four, sending him wide and allowing Dunne to come through. At the same time, Gray locked up, and Ugochukwu didn’t have to worry about losing two positions.

He tried to stay in touch with Dunne and managed to set the fastest lap of the race, but Dunne pulled away in the second half of the race and finished three seconds clear. Gray finished a further 1.8s behind in third.

Neate meanwhile maintained position to the chequered flag and finished fourth, but post-race was handed a 20s penalty for the incident that dropped him to 14th behind Sharp.

Eduardo Coseteng, Joseph Loake, and Georgi Dimitrov were locked in a battle for sixth when the trio went side-by-side. Coseteng was forced over the grass and dropped down the order, while Dimitrov came through to take the position. Loake fought back to take what would become fourth after Sharp’s incident and Neate’s penalty, and Dimitrov was classified fifth ahead of Coseteng.

Daniel Guinchard and Edward Pearson came through past Michael Shin on the final lap to take what would become seventh and eighth in a frantic six-car battle that raged through the final laps.