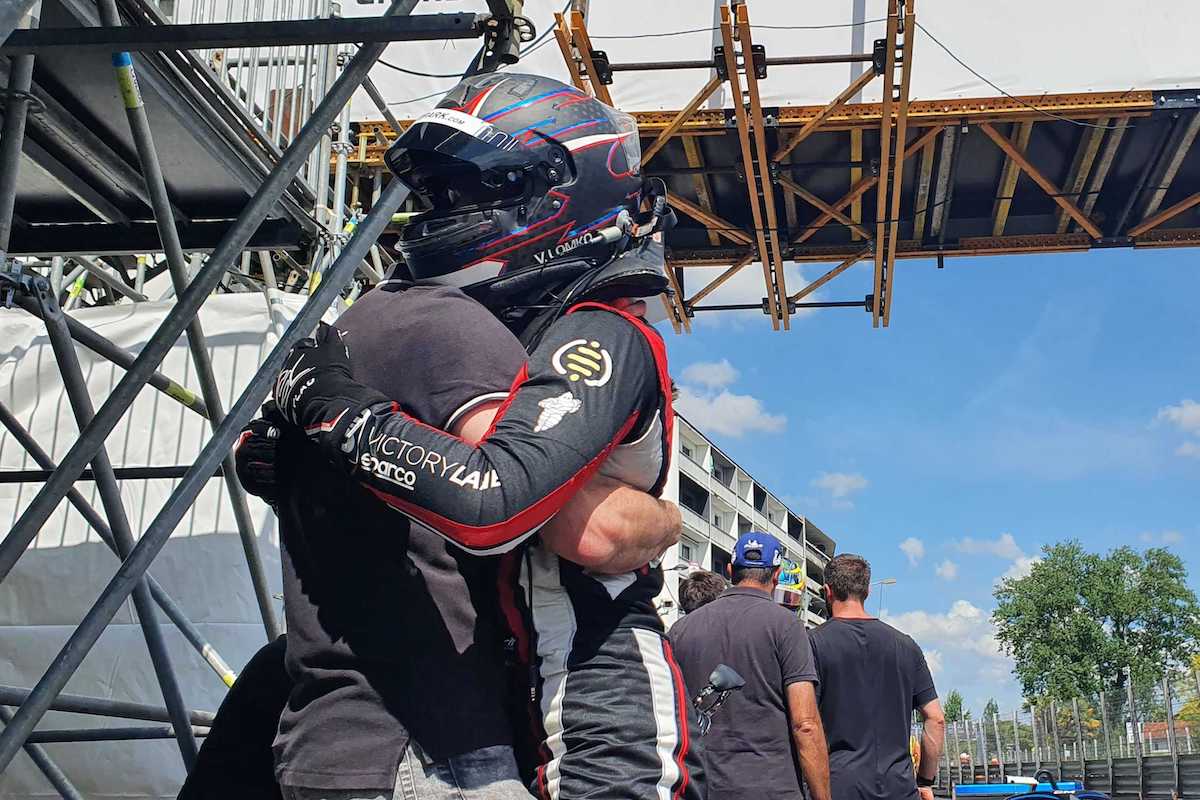 CryptoTower Racing Team’s Vlad Lomko won the 2022 Pau Grand Prix in a race he led almost from start to finish.

Lomko was beaten to pole by Oliver Goethe, who drives for the Motopark operation that also runs CryptoTower’s cars, and jumped straight past him from the front row.

The poleman then lost futher places to team-mates Christian Mansell, who occupied the inside line, Josh Mason and Van Amersfoort Racing’s Filip Ugran as there was dust on the outside of turn two from an incident in a previous race and he wheelspan his way through the corner.

Lomko, a rookie driver who has come up from Formula 4 and is racing under a French license due to sanctions on his home country Russia, looked comfortable in the lead and had a gap of a second over Mansell after the first two laps.

That lead grew to 3.449 seconds by the halfway point of the 26-lap race, with Mason a further three seconds behind in third but out of the race just two laps later as he crashed at the Foch chicane. The marshals rapidly removed his car within a minute.

In the race’s second half Lomko managed his pace, and he took the win by 2.128s over Mansell.

Goethe recovered one spot with Mason’s crash and worked all race to try to pass Ugran, but his best overtaking opportunity was usually at turn two and there was never enough traction on the outside line. Mid-race he also got compromised when he and Ugran caught the lapped Vladimir Netusil (Effective Racing) through the Croiusement chicane as Ugran was let through but there was not enough room for Goethe to get by at the same time and it meant he lost a bit of time.

He took fastest lap in his pursuit of Ugran, and by lap 19 he was back on the VAR driver’s gearbox. He stuck his nose in at the Lycee hairpin but there wasn’t enough room, and on the next lap Ugran got wide onto the kerbs at turn nine. As he recovered the car Goethe did the dummy and dived down his inside into the Buisson hairpin to pull off an incredible overtake and finally take third place.

Aside from Mason, the only other retiree was BVM Racing’s Francesco Simonazzi who crashed out at turn two on lap four. He had the same issue as Goethe, with his rear wheels spinning on the dust and sending him into the barriers.