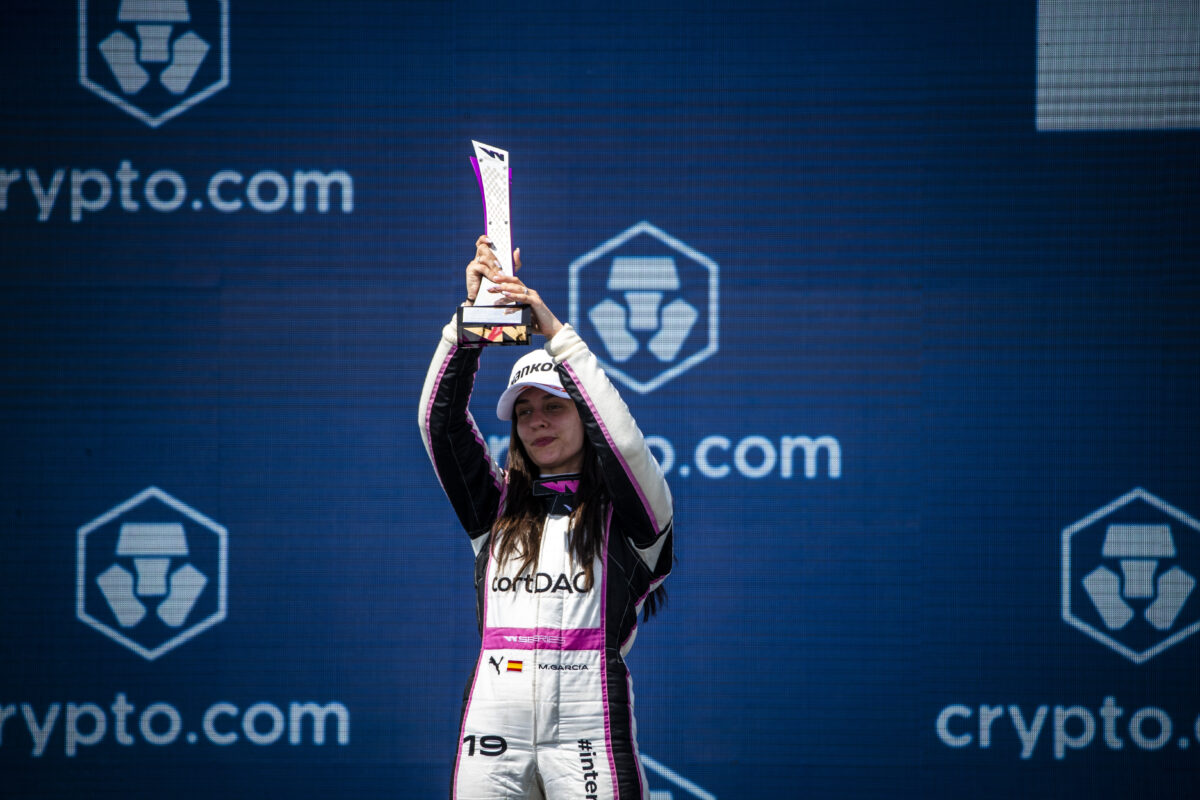 Marta Garcia has lost her second-place finish in the W Series season opener in Miami after receiving a 10-second time penalty as a result of colliding with Emma Kimilainen in the closing stages.

From 10th on the grid, Garcia had made it up to third position before colliding with Kimilainen following the late safety car restart after the Finn had fallen down the order due to a “power cutting issue” which allowed Jamie Chadwick to pass her for the win.

After falling to third, Kimilainen was trying to make it back past Garcia but was spun around when Garcia hit her rear tyre as the pair exited the corner.

Stewards had no onboard footage from Garcia’s car available but determined that she was to blame for the contact, stating: “Car 7 [Kimilainen] left sufficient room on the inside for car 19 [Garcia] and a collision occurred in the apex area, causing 7 to spin and lose positions. The stewards find car 19 predominately at fault for causing the collision.”

On Instagram, Kimilainen explained: “As the stewards also deemed, I left space for her to race clean and maintain the inner line easily but she was not able to do the same for me so she sadly hit my rear tyre when we exited the corner and spun me around.”

The decision means that Garcia is demoted out of the points to 11th place. Jessica Hawkins’ best ever W Series finish has been improved from third to second, and Beitske Visser has been promoted to the final podium position.

Two 30-second penalties for Chloe Chambers and Abbie Eaton were also added for them being out of position at the safety car line. This means that Chambers, the best-placed rookie across the line, was demoted to 14th position. There was no change to Eaton’s results as she had already retired following a collision with Fabienne Wohlwend.