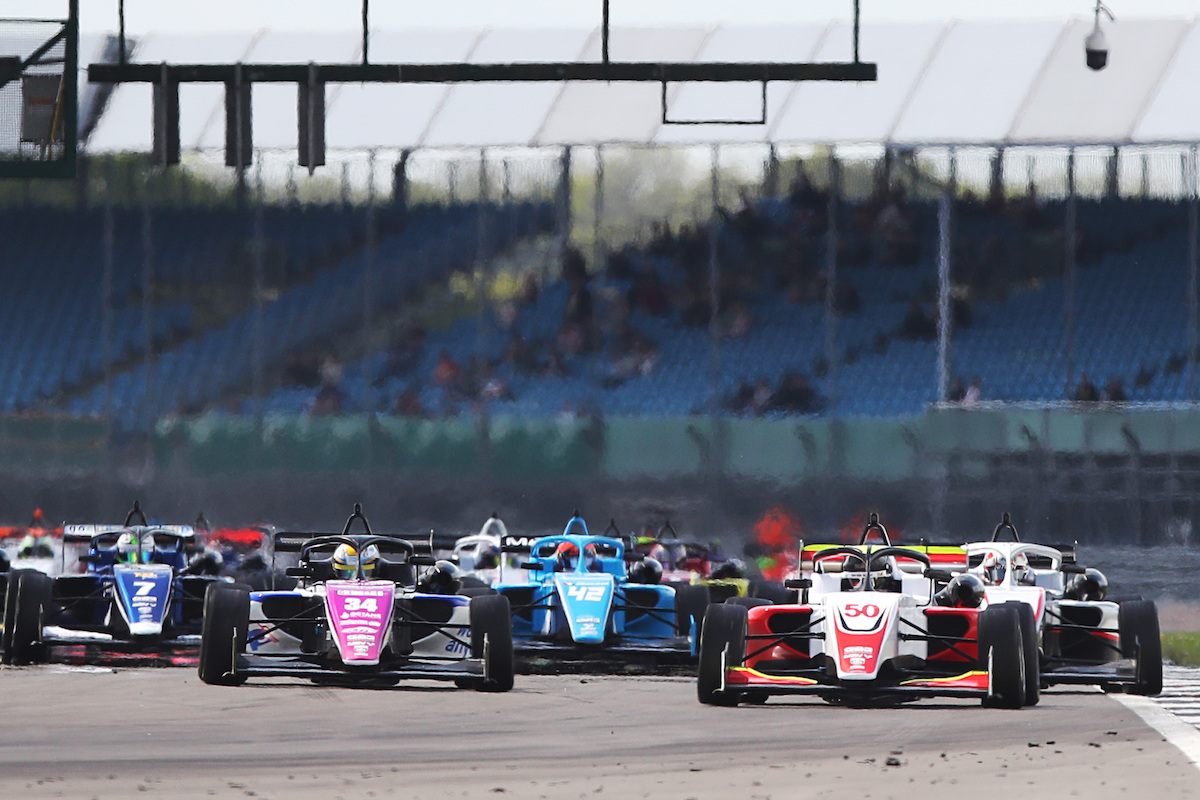 Tom Lebbon and Elite Motorsport scored their maiden GB3 victory after an opening lap pass on Joel Granfors in race two at Silverstone.

Granfors led away from pole into Copse, but a good exit allowed Lebbon to draw alongside into Maggotts and move ahead, with Hitech GP’s Luke Browning following close behind in third.

Lebbon managed to pull a one-second gap to the Fortec Motorsports driver, and controlled the remainder of the 10-lap encounter to win by 1.013s, with Browning maintaining the championship lead by taking the final podium spot.

Douglas Motorsport’s Max Esterson started and finished fourth to repeat his result from race one. Roberto Faria came out on top in an opening lap three-way battle on the Hangar straight to maintain fifth ahead of Carlin team-mate Callum Voisin and Elite’s James Hedley.

Voisin passed Faria with three laps to go to score his best result so far in fifth, with the latter then coming under pressure from Hedley. After going wheel-to-wheel for several corners, Faria held on to sixth as Hedley ran wide at Abbey, allowing Faria’s team-mate Javier Sagrera to snatch sixth into Village.

But a five-second penalty for exceeding track limits demoted Sagrera to 11th at the finish, with Hedley reclaiming seventh. Matthew Rees was eighth for JHR Developments, while Elite’s John Bennett recovered from a difficult opening lap to finish ninth.

Alex Connor rounded out the top ten for Arden, while front wing damage incurred during the race dropped Chris Ditmann Racing’s McKenzy Creswell to the back of the field, having ran ninth early on.