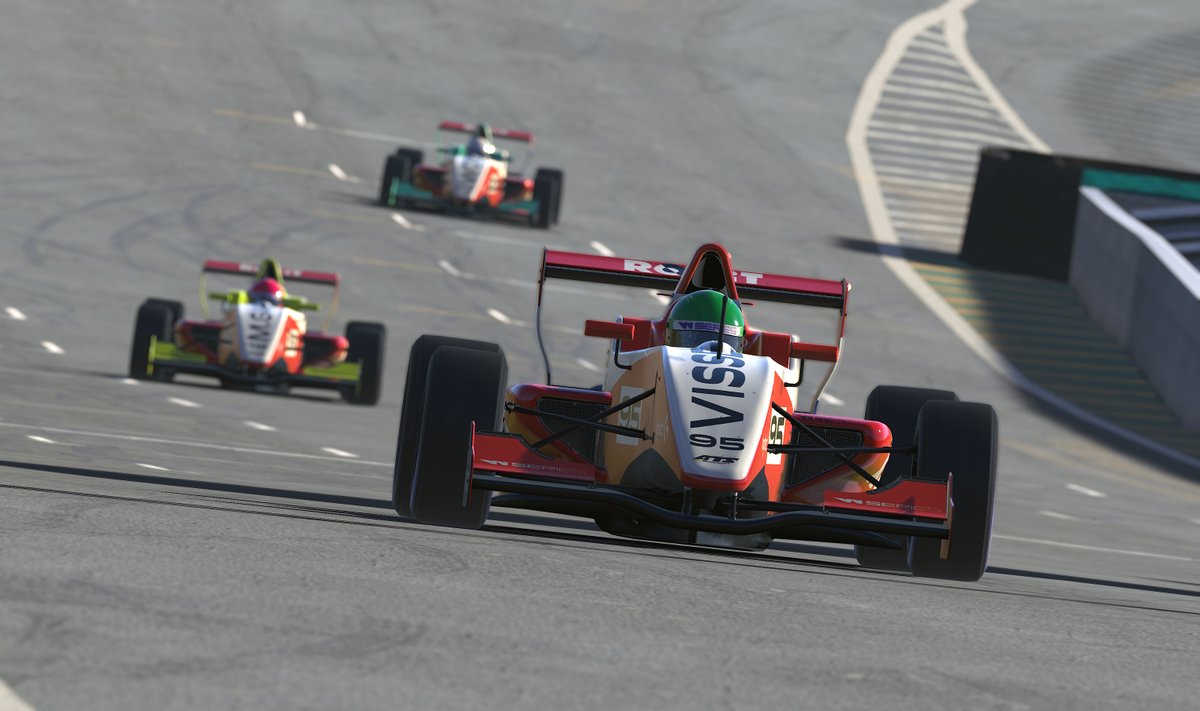 Polesitter Visser was jumped at the start by Marta Garcia. The pair duelled for several laps, allowing third-placed Caitlin Wood into the frame, but Visser got by around halfway through the 15-minute race at the Senna ‘S’.

Garcia held onto Visser in the closing stages but was unable to challenge for position. Visser continues her run of winning each of the opening races. Garcia and Wood held on for the other two podium spots, while Ayla Agren and Gosia Rdest finished fourth and fifth respectively after a long battle.

After only qualifying sixth, double Brands Hatch winner Sidorkova spun at the opening corners and dropped down the order. She was unable to recover, finishing 17th.

Naomi Schiff started the reverse grid race from pole and performed an excellent start, only to spin at the second turn on the opening lap. Sidorkova, who also had a good getaway, took the lead.

The likes of Vicky Piria, Abbie Eaton, Miki Koyama and Brazilian driver Bruna Tomaselli were all in the frame for second early on, but all faced troubles during the race.

Fabienne Wohlwend flipped in the early stages of the race, ending her race. Schiff, meanwhile, recovered back up to eighth before spinning again and dropping back down the order to 12th.

Visser climbed through the order throughout the 15-minute race. By the end of the first lap, she was up to 12th and was up to second within just a few laps. The gap to Sidorkova, however, was too much.

Tasmin Pepper rounded out the podium after a late battle between herself and Nerea Marti, while Garcia finished fifth ahead of Eaton, Wood, Agren, Sarah Moore and Rdest.

Visser took pole for the 20-minute third race and made a good start this time to lead Garcia and Sidorkova – who fought over second.

The series leader held a consistent lead of between one and three seconds to Garcia. And the order remained that way to the flag.

Pepper again had a strong race, jumping Wood at the start and remaining untroubled to fourth. Wood held onto fifth, ahead of Marti and Agren. Belen Garcia was eighth ahead of Powell, while Schiff came out on top of a lengthy battle over 10th that included a last-lap crash between Moore and Tomaselli.