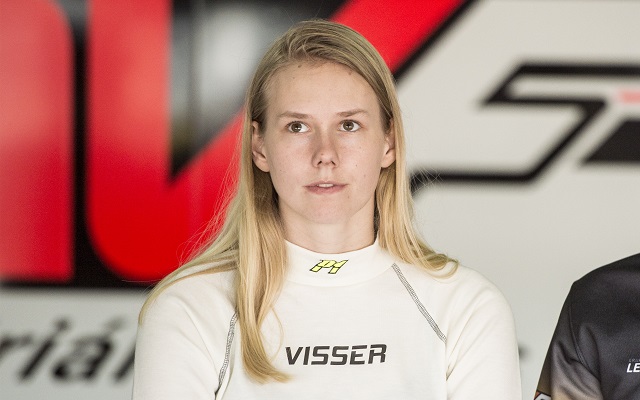 Pons Racing have announced Beitske Visser and Alex Bosak as their drivers for the inaugural Formula V8 3.5 championship.

Visser, 20, spent the previous two years in Formula 3.5 with AVF after graduating from ADAC Formel Masters.

While?she rounded off her rookie season with a best finish of fifth at Jerez, she endured a difficult 2015 to only score three points.

“I’m very happy to race for Pons Racing this year. Formula V8 3.5 is a very strong championship and I’m looking forward to be behind the wheel again,” said Visser. “I had the opportunity to work with the Spanish outfit during the private testing in Barcelona with Zaruba and I felt instantly at home.”

She will team up with GP3 graduate?Bosak, who will make his debut in the championship.

“I?m joining the team for two years. I come from the GP3Series, and Formula Renault 3.5 car is completely different but I it really suits my driving style.”

Pons is the third team to announce a full lineup for Formula V8 3.5, joining AVF and Spirit of Race.