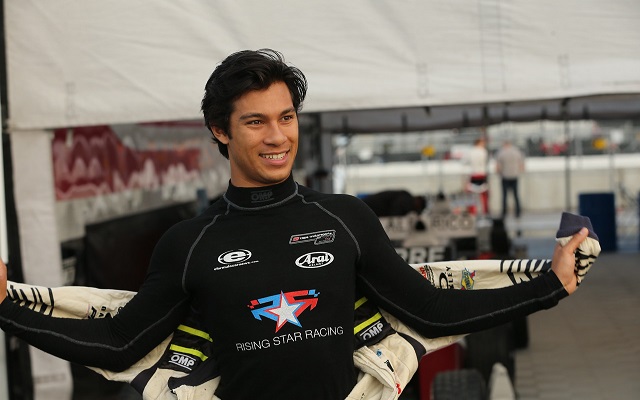 The 23-year-old American will take on his fifth year in Mazda Road to Indy, having competed?in the 2011 USF2000 season.

He was the runner-up in that championship a year later and impressively took third in his rookie Pro Mazda campaign in 2014.

He continued in the middle series of MRTI as the title favourite but ended up losing to Santiago Urrutia to finish second.

“Carlin came to the U.S. and immediately proved they could win races,” said Alberico. “They have a winning formula for success, so of course I am happy to be part of that for 2016.”

“There will be challenges to adapt to as I learn the nuances of the new car, but driving alongside a pair of experienced teammates like Ed and Felix will help accelerate the learning process.”

“Neil was a driver who immediately caught our eye least season, from the outset he looked like one of the drivers to beat and throughout the year he handled himself very well both in and out of the car,” added Trevor Carlin team boss.

“We?re extremely proud that Neil and his sponsors have chosen Carlin as the team with which to continue his career on the Mazda Road to Indy.”

Alberico will team up with Ed Jones and Felix Serralles within Carlin’s ranks, while a fourth car remains a possibility for the team.

The Indy Lights pre-season testing will kick off in the next two days at Homestead, where the Farnham-based team will be represented by all three of their drivers.