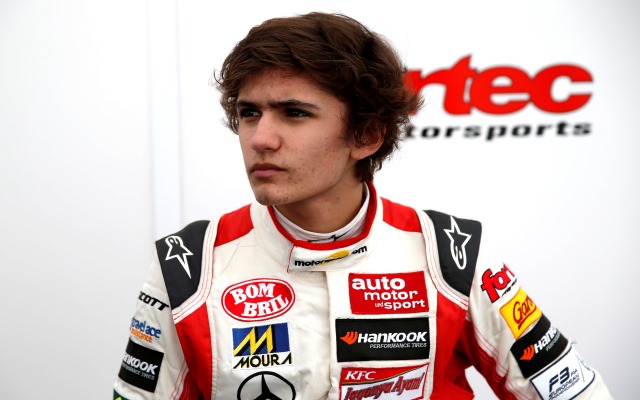 Pietro Fittipaldi has secured the second seat at champion team Fortec Motorsports in Formula V8 3.5, moving up from Formula 3 with the outfit.

The grandson of Emerson Fittipaldi finished 17th in the standings in his rookie F3 campaign last year – with best finishes of sixth – after a dominant run to the final Formula Renault BARC title in 2014.

Last December he tested Formula V8 3.5 machinery with Carlin at Barcelona, a year after sampling the car with DAMS at the same circuit.

Fittipaldi joins Formula Renault graduate Louis Deletraz at Fortec, which took Oliver Rowland to the title in the 3.5-litre series in 2015.

Jack Aitken had driven the team’s second car during much of post-season testing, but yesterday announced a move into GP3.

?I am very pleased to continue working with Fortec in this new chapter of my career,” said 19-year-old Fittipaldi.

“The championship will be very competitive, so I know that it?s going to be a big challenge. I am confident that we will have a strong package, but we will have to work hard in order to run at the front right from the beginning.”

Fortec’s Jamie Dye added: “We are delighted to announce that Pietro will remain in the Fortec family. Our relationship has grown well over the last year and there is trust from both sides. We all know we can do the job and can?t wait to get started.”