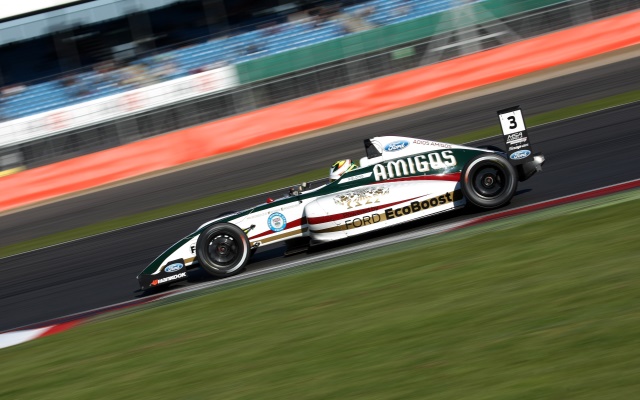 Sennan Fielding will return for another season in MSA Formula with the JHR Developments team in 2016.

Fielding followed his fourth place in BRDC Formula 4 in 2014 with the same result in the inaugural MSA Formula season last year, winning three races in the process.

He will now spend a second year in the category, continuing with Steven Hunter’s JHR team that’s based close to his hometown Chesterfield.

He will also retain backing from the Amigos drinks brand of Chesterfield businessman and motorsport enthusiast Steve Perez.

Further continuity will come from Jack Butel, who will continue as Fielding’s team-mate after joining JHR mid-way through his 2015 campaign, in which he finished 18th in the standings.

?I?m really excited to be staying with JHR, and I genuinely believe we?re going to have a great season together,? said 20-year-old Fiedling.

?MSA Formula is a fantastic series, and being on the BTCC package, it?s the perfect shop window for drivers and sponsors alike ? there?s nothing else like it in British motorsport.

?In 2015, we encountered some bad luck early on which put us on the back foot and meant we couldn?t capitalise on the pace we had, but the team did a superb job and all the boys worked tremendously hard to give me a reliable and race-winning car.

?It?s been a long winter trying to raise sufficient sponsorship to continue this year, and to have the ongoing backing of such a prestigious brand as Amigos is a massive boost. The best way to repay JHR and Amigos? support would be to go out there and win the championship.

?We?ve got the car really dialled-in now, so there?s no reason at all why we can?t fight for the championship. I?ve known Steven Hunter for a number of years and have a strong relationship with the whole team, which means we can hit the ground running as soon as testing begins.

?There are some big names in the fray, in comparison to whom we have a much smaller budget and limited resources. We?re definitely the underdogs and it?s a bit of a David vs. Goliath scenario in that respect ? but we all know who won that particular battle.?