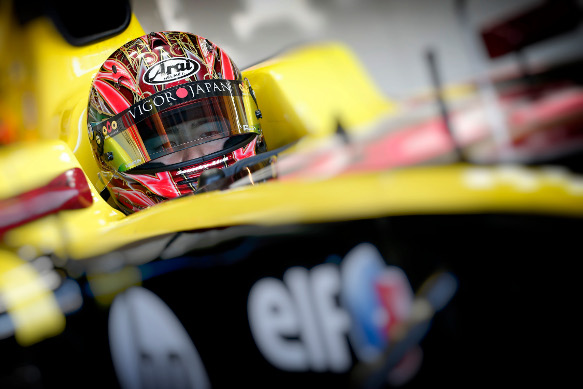 Kanamaru joins the setup after entering the final three rounds of the 2015 season with Pons Racing, a deal that came about through his Euroformula Open team boss Emilio de Villota Jr.

De Villota was team manager at Pons, but with De Villota Motorsport now joining forces with Teo Martin Motorsport, Kanamaru has switched squads for his first full season in the category.

In his six 3.5-litre races for Pons he took a best finish of sixth at Le Mans and also led the first day of post-season testing.

“First of all, I want to thank Teo for giving me such an opportunity,” said Kanamaru.

“This championship is not going to be easy for sure, but I only see the potential and bright future of this team. I will give everything to win some races, and I hope I can make him proud from the beginning of his new chapter.”

Team owner Martin added: “We are delighted to have Yu in the team for this Formula V8 3.5 season. He made a very good job in his debut last year.

“It is important the ladder that our team provides to our drivers and the best example is Yu, who finished third last year in the Euroformula Open and now makes the leap to Formula V8 3.5 with us too.

“He is a fast and young talented driver which has already shown his skills with these cars so, I am sure he can contribute a lot to the team in 2016”.