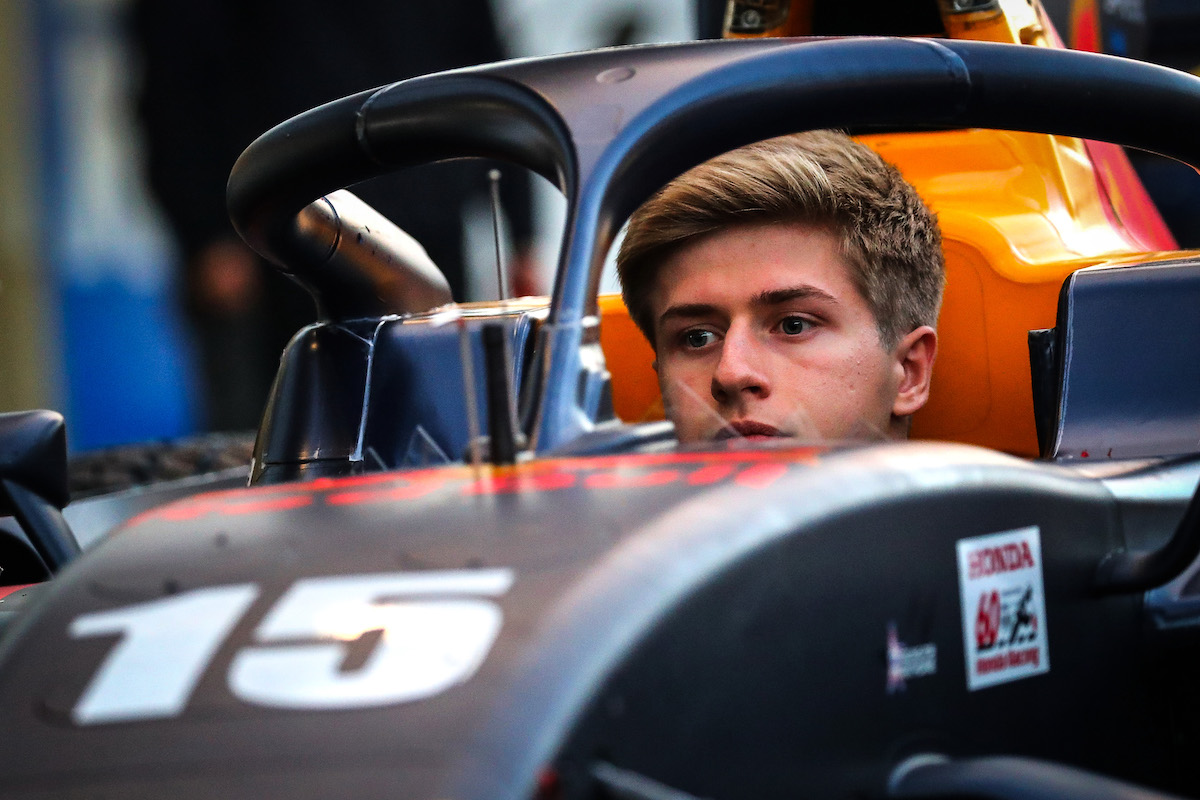 Red Bull Junior Juri Vips says he has “a good idea of what to expect” with Team Mugen in Super Formula this year after a 2019 debut he described as “horrible”.

Vips, who challenged for the FIA Formula 3 title last year, was drafted into the seat late into 2019 after double Macau Grand Prix winner Dan Ticktum and then 2018 Indy Lights champion Patricio O’Ward were dropped by the Red Bull programme.

He finished his first race at Suzuka 18th out of 20 cars, but Red Bull decided to place the highly-rated Vips with Honda squad Mugen in Japan for the full 2020 campaign, rather than move him into Formula 2.

“[My debut] was terrible, I was driving horrible, but it was just nice to have an idea of what there is to come in 2020.

“There were a lot of new elements for me like refuelling, pit stops, tyre changes, different tyre compounds… so it was a lot to get used to and very good to have an idea of what is involved even if the race itself was quite awful. It wasn’t an easy situation for anyone, jumping in with no testing just for the final round.

“When I went back to Japan for the tests, I had a good idea what to expect and the more you drive the car the better you feel. I’m still not fully comfortable after the testing this year, still not enough time in the car and of course the long periods of not driving don’t help at all.”

Vips has a new engineer in Canadian Ryan Dingle, who previously worked with Felix Rosenqvist at Team Le Mans in 2017, and more recently alongside Kamui Kobayashi at KCMG.

“He started working with me for the second test in Fuji and that has helped communication. It is a big help as he has lived in Japan for a while now; he also works in a very Japanese way which is a lot different to Europe, but the communications side is a lot easier now.

“The Japanese culture is to always try and avoid conflicts, so they pretty much never say, ‘No’. Sometime when they say, ‘Yes’ they are trying to be polite, trying to say things in a polite way even if they may not mean exactly what you would expect that to mean.”

Vips has returned to his native Estonia having initially stayed in Japan as the COVID-19 enforced global lockdown took hold.

“I was there nearly two months. I was well looked after, Red Bull Japan really helped me with an apartment and other things because not many people speak English. All the day-to-day stuff I needed help with.

“They also sent me a simulator, unfortunately I didn’t get to use it too much before I left. I don’t have a sim at home, so I’ve just been doing my physical training.”

The Super Formula season is set to start at the end of August at Twin Ring Motegi.