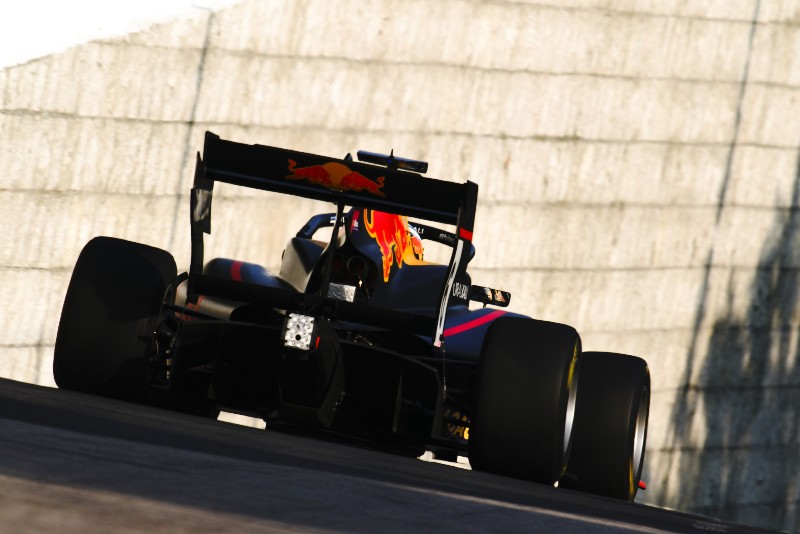 Juri Vips has pointed to his “mega start” as being the deciding factor in his Macau Grand Prix qualification race victory.

The Hitech GP driver started the race from pole, having set a new track record in qualifying, and launched off the line quick enough that nobody was able to slipstream past him on the run to the first braking zone at Lisboa.

A safety car period to clear a multi-car crash that ensued at the corner a few seconds later meant Vips wasn’t tested for the lead again until the restart, in which he held off Prema’s Robert Shwartzman to take victory.

“It was not straightforward,” Vips said of his race. “I had to really push quite a lot to maintain the gap with Robert. He was really, really fast today.

“I didn’t want to take full risk at the beginning. The track changes overnight, so you’re not immediately at 100%. You have to build it up a little bit.”

Marko Asmer, a former Formula 3 star and Vips’ manager, told the 19-year-old before the race that the start would be the most crucial part.

“I expected the pole position to be not such a good thing, but today I really got a mega start and Robert didn’t get the best one. That’s the reason why I led into Lisboa. I think if people around me get good starts tomorrow, it will be harder.”

Vips maintained 1.4 second advantage over Shwartzman for much of the race, although that did briefly dip towards the end of the race when Shwartzman briefly snatched the lap record off the leader.

“On the penultimate lap I got some yellow flags for some reason on my steering wheel, so I slowed down, even though there no real yellow flags [around].”

“I think otherwise, the pace was pretty similar between us. I think I could have kept this 1.4s, 1.5s lead. But I really had to push a lot and make no mistakes to do that.

“The effect of DRS is massive here. If Robert would have got into DRS, [he could have passed me].

Carlin’s Felipe Drugovich did crash out at Lisboa on the penultimate lap, although this did not require a safety car period due to the pace at which the marshals removed the car from the scene.

It may have been the cause of the yellow flag signal for Vips, who reached Lisboa on the last lap just after Drugovich’s car had been craned away.