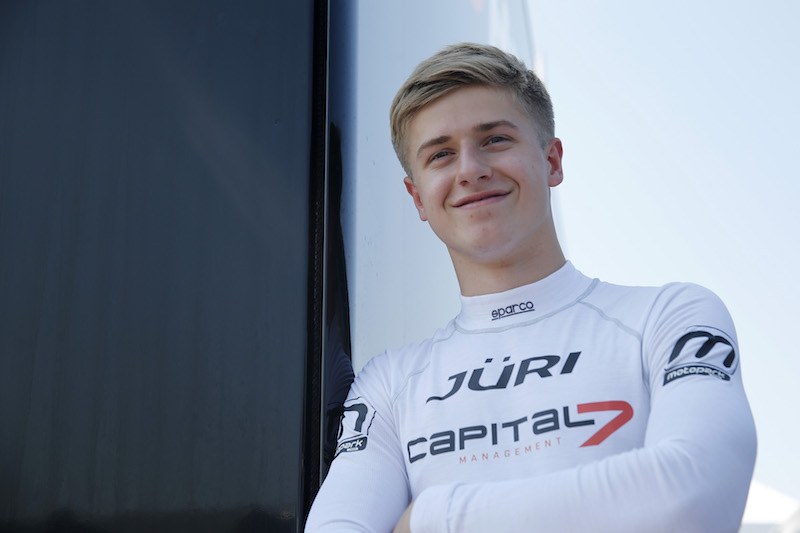 Juri Vips stole top spot away from Mick Schumacher at the end of the final Formula 3 European Championship qualifying session at Hockenheim.

Schumacher had gone to the top of the times with four-and-a-half minutes of the session remaining, and then seen Robert Shwartzman and Jehan Daruvala get within 0.004 seconds and 0.006s respectively of his time.

With few drivers improving their times, it looked as though Schumacher would be secure in first place until Motopark driver Vips toppled him by 0.118s at the chequered flag.

Schumacher also missed out on pole for race three based on second-fastest times, pipped by Prema team-mate Shwartzman by 0.057s. Vips will start the finale in third.

Behind Shwartzman and Daruvala, Alex Palou was fifth fastest, while Julian Hanses scored his best qualifying result of the season in sixth in just his second weekend with Carlin, bettering the eighth he managed in wet conditions at the season opener in Pau.

Sacha Fenestraz was seventh ahead of Ralf Aron, Fabio Scherer and the early pace-setter Enaam Ahmed.

The faint championship hopes of Dan Ticktum and Marcus Armstrong look even more distant after they mustered just 15th and 14th respectively.

Schumacher could seal the title before they even get to take up those grid positions should he finish race one in the points, be ahead of Ticktum, and Armstrong doesn’t win.

Ticktum will move up to 10th on the grid for the season fianle, behind Palou, Aron, Daruvala, Fenestraz, race one pole-sitter Guan Yu Zhou (who was 12th fastest) and Ahmed, but Armstrong will start both races 14th.