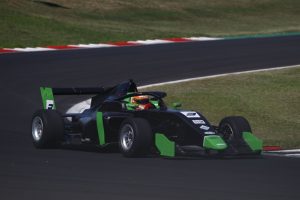 The Automobile Club d’Italia (ACI) has been granted the right to run the FIA’s European regional F3 championship in 2019, beating a rival bid from Renault.

ACI, which regulates the Italian Formula 4 series, made its bid together with Italian F4 and leading karting promoter WSK, and has already completed a public on-track demonstration of the Tatuus chassis and Autotecnica-tuned Alfa Romeo turbo engine it intends to use. The same set-up is already used in Asian F3, and will also be adopted by the new all-female W Series.

Renault Sport launched its regional F3 to supersede its long-running Formula Renault Eurocup, mating the Tatuus chassis with its own engine.

Both bids had support from teams that currently compete in WSK and Renault championships, and the decision came down to a vote between Single-Seater Commission members in Friday’s World Motor Sport Council meeting.

When unveiling its plan last month, the ACI said that half of its rounds would take place in Italy and half outside.

A Renault representative told Autosport this week that it would push forward with its plan for a regional F3-spec series in place of the Eurocup regardless of the WMSC decision.

Technical support will still be offered for FR2.0 teams that plan to compete in the Northern European Cup next year.