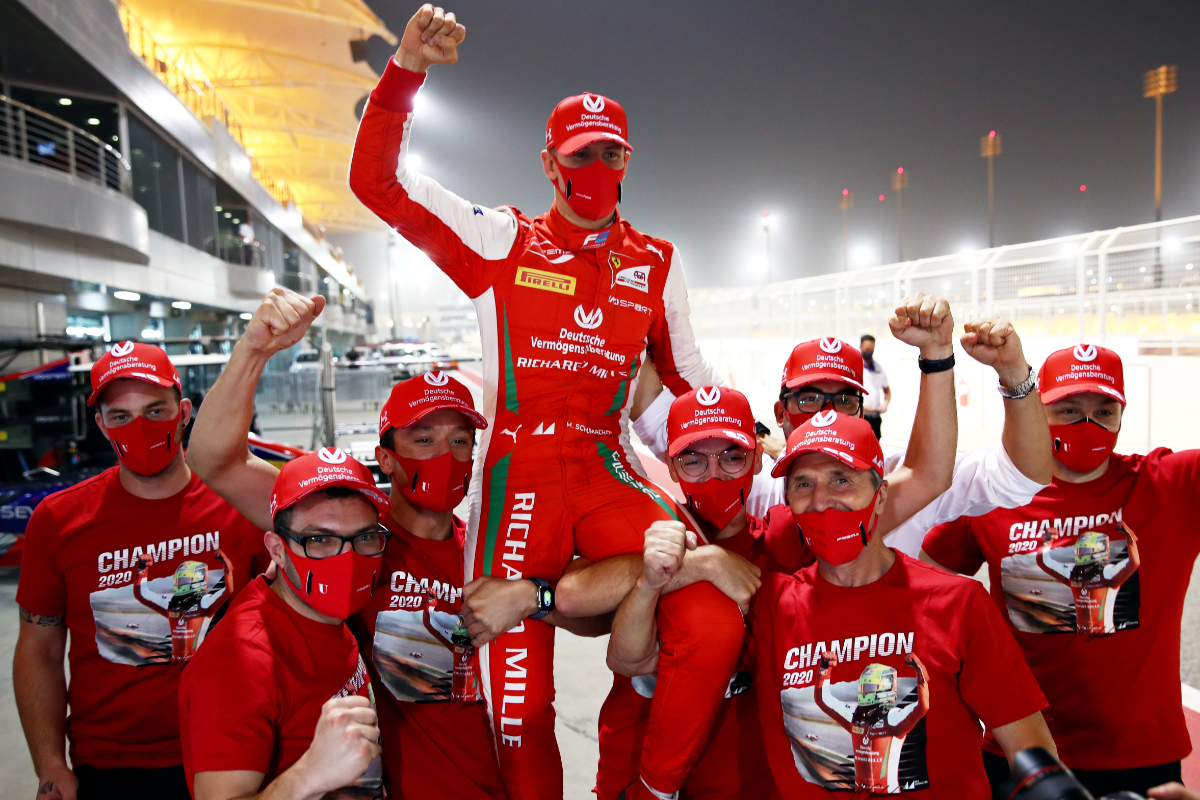 The Formula 2 season came to a dramatic conclusion in the Bahrain desert last weekend, and Prema’s Mick Schumacher was crowned. In the latest Formula Scout Podcast, the team discuss his title success

After 24 races crammed into just over five months, the 2020 Formula 2 champion was crowned in a thrilling final battle on Bahrain’s Outer layout. It was a Ferrari junior who was going to deliver the goods, we just didn’t know which one going into the race, and Mick Schumacher carved a new chapter into his family’s motorsport legacy by taking the crown.

He may have finished the finale in 18th place, but it wasn’t the dismal end to a season that the results sheet shows as Schumacher was as fast as ever at Bahrain and meant his rivals Callum Ilott, Yuki Tsunoda, Nikita Mazepin and Robert Shwartzman had to push themselves to the limit to keep the fight going for as long as possible.

In the latest podcast, we analyse not only the weekend’s dramatic action that crowned the new champion, but also what we should expect from F2’s leading drivers who are stepping up into Formula 1 next year.

Schumacher and Mazepin line up at Haas in 2021, while Red Bull junior Tsunoda is bound for a seat at AlphaTauri. Ilott, who ended up finishing second to Schumacher, could find himself doing no racing at all until 2022.

Listen to the podcast below, and find it on Anchor, Breaker, Google Podcasts, Overcast, Pocket Casts, RadioPublic, Castbox and Apple Podcasts.

You can also watch it on YouTube, with more Formula Scout video content set to come as we move into the off-season.