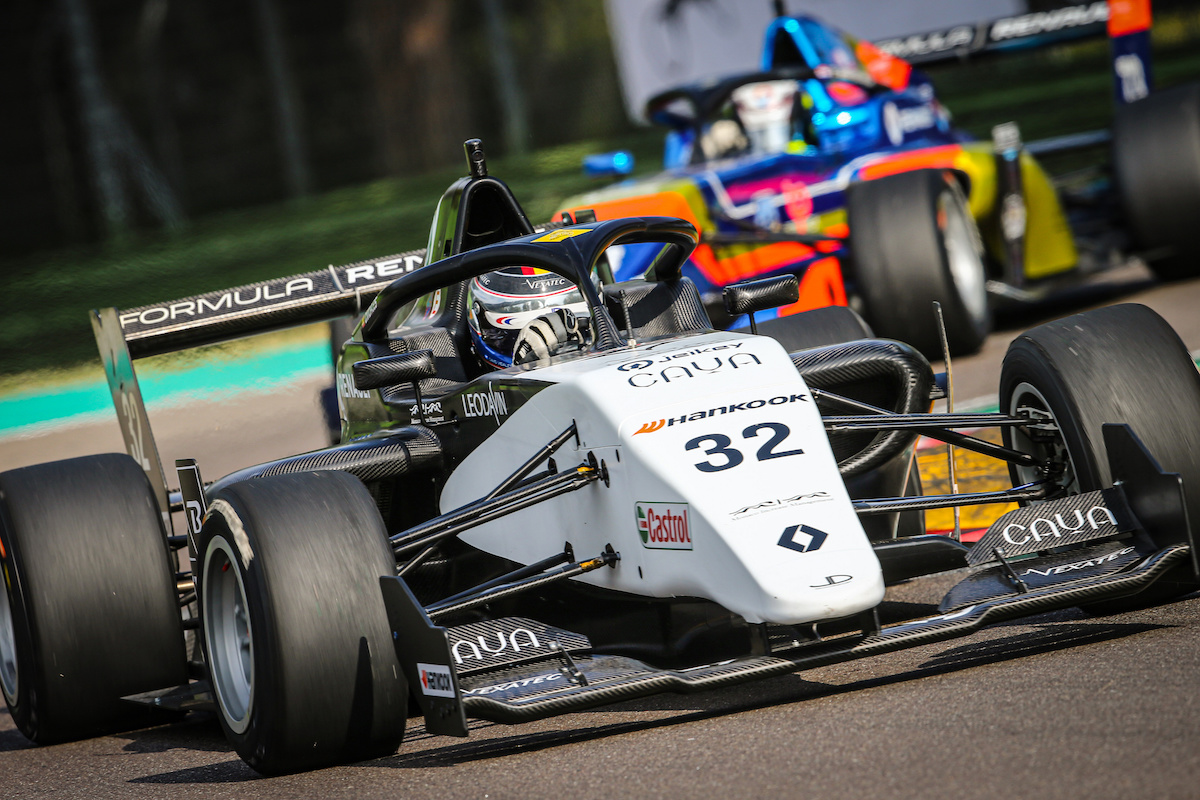 David Vidales took a hugely impressive lights-to-flag win in his debut car race in the Formula Renault Eurocup at Imola.

The 18-year-old Spaniard, who joined JD Motorsport for the second round of the Eurocup having been set to race in the rival Formula Regional European Championship this year, made a great launch from pole position to stay ahead of Renault junior Caio Collet.

Vidales quickly built an advantage of around two seconds over Collet, who instead came under pressure from the other JD car of William Alatalo.

In the second half of the race, Vidales was adding to that lead when Petr Ptacek found the gravel trap at Tamburello from the back end of the top 10 and triggered a safety car.

Vidales made a good gap on Collet when the race restarted with two minutes left on the clock, and was comfortably clear when the safety car came back out one lap later and effectively confirmed his victory.

Collet finished second to take a solo lead in the championship, with Alatalo completing a one-three result for the JD Motorsport team on home soil.

Having lost third place to Alatalo off the start, ART Grand Prix driver Victor Martins closed back up to the two cars ahead prior to the safety cars but had to settle for fourth. Alex Quinn continued his strong showing as a stand-in for Arden with fifth place.

Mercedes junior Paul Aron had been due to put his tough Eurocup debut at Monza behind him with a positive run to sixth, but he too landed in the Tamburello gravel – causing the second safety car – as he tried to keep Franco Colapinto at bay.

Colapinto inherited sixth for MP Motorsport ahead of Bhaitech’s Lorenzo Colombo. Ugo de Wilde ended up eighth and was put under investigation following a first-lap incident that sent the third ART driver Gregoire Saucy through the gravel trap on the exit of Villeneuve. Hadrien David and Mikhail Belov rounded out the top 10.

Johnathan Hoggard experienced a tough Formula Renault debut with R-ace GP and visited the pits before the finish.