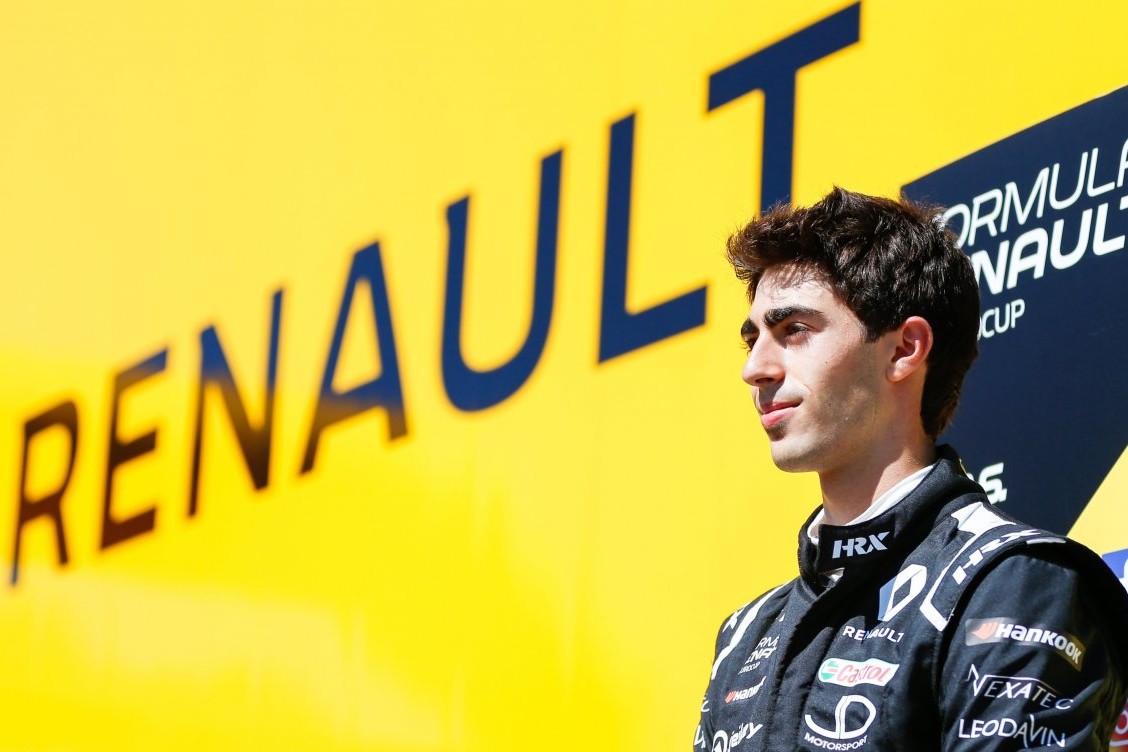 Formula Renault Eurocup debutant David Vidales believes he could fight for this year’s title – despite missing the season opener – after winning his first ever race.

The 18-year-old took a lights-to-flag victory at Imola from pole position on Saturday, which marked the first time he had competed not only in the Eurocup but in a single-seater contest of any kind.

Last year he raced in shifter karts and claimed international success, and prior to that was a star at the equivalent OK level of kart machinery where he was second in the CIK-FIA organised world championship in 2017.

“I could not have wished for a better debut in single-seater racing and this weekend is off to a fantastic start,” said the JD Motorsport driver.

“The start was a bit complicated as everything is new and different from karting. I had to get the tyres warmed up and make sure they didn’t deteriorate as I knew the race would be long. However, I held on to the lead when the lights went out and my pace was good enough to make a small gap until the safety car.

“This was also new for me, but I made a good restart to go on for the win. I think we can still improve in some areas, so the target will be to do the same tomorrow.

“I think that if we keep working like this, we’ll be able to fight for the title!”

Vidales missed the Monza season opener, as he was planning to make his car racing debut this year in the rival Formula Regional European Championship with US Racing. That series uses the same Tatuus T-318 chassis as the Eurocup, but with a different engine.

His Eurocup arrival was announced on Wednesday this week, and he followed up second place in the pre-event test on Thursday with a record pace in Friday free practice before his debut pole position and win.

Vidales is the first driver to take a Eurocup win in his debut single-seater race since it became a single-chassis formula in 2000.

Ugo de Wilde won on his Eurocup debut at Monza last year (also for JD Motorsport), while the last driver to take pole in the series at their first attempt was Andre Negrao for Cram Competition in 2010 – although he had prior Formula Renault experience from smaller championships. Both Antonio Fuoco and Lando Norris later achieved poles in their debut weekends in the Eurocup, but only in the second qualifying session.