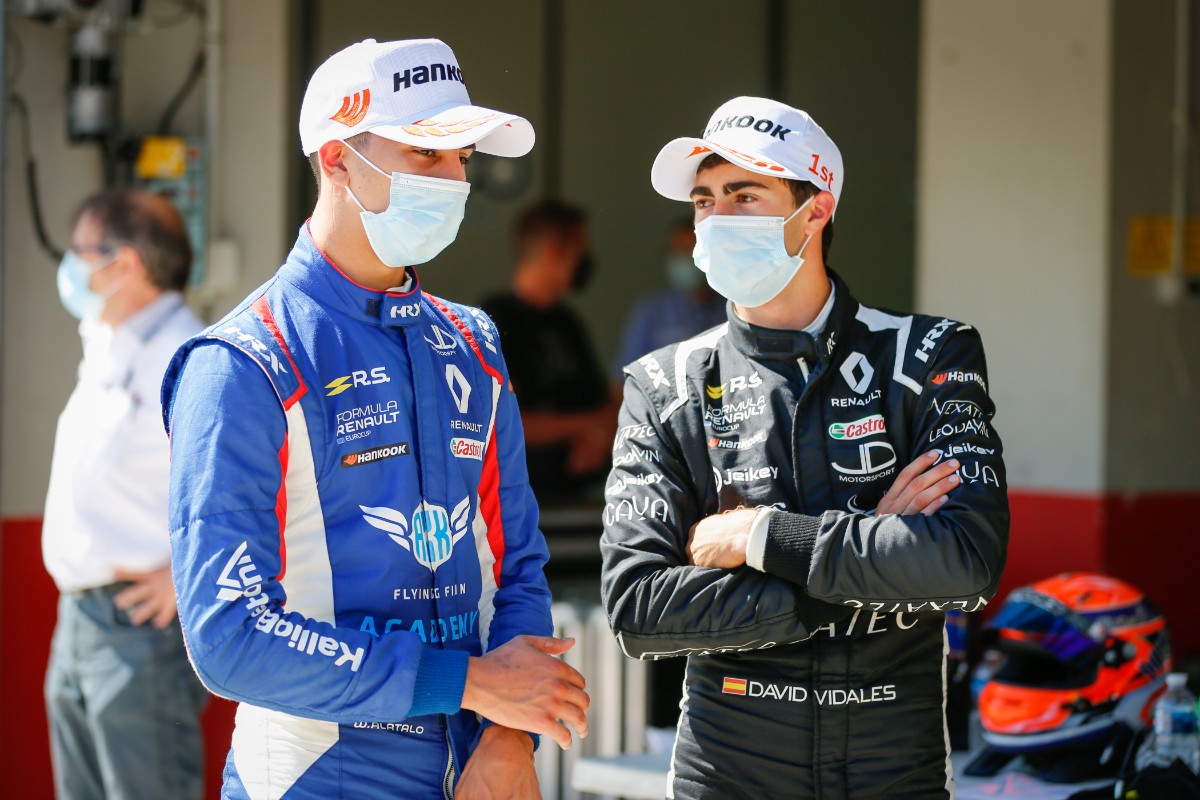 JD Motorsport’s William Alatalo and David Vidales left it until the very end of Formula Renault Eurocup qualifying to put themselves one-two on the grid for race two at Imola.

Single-seater debutant Vidales had followed up his race one pole and win by sitting at the top of the times for much of the second qualifying session, but as the track rubbered in late on the laptimes started to improve across the board.

R-ace GP’s Caio Collet moved to the top with a few minutes to go, with Arden’s Alex Quinn then crossing the line with a laptime that was just 0.001 seconds slower.

There wasn’t improvements on the their final efforts, with Collet actually going off-track on his, while the JD Motorsport waited until the track was at its very quickest after the chequered flag to set their bests.

This time it was Formula 4 graduate Alatalo who claimed pole, with Vidales slotting in 0.166s behind in second place.

Collet and Quinn will fill the second row of the race two grid, with ART Grand Prix’s Victor Martins in fifth.

Franco Colapinto improved to be the top MP Motorsport driver in sixth, ahead of Arden’s Ugo de Wilde and ART’s Paul Aron.

Johnathan Hoggard, who made his Eurocup debut in the first race of the weekend, showed improved pace and qualified 11th for R-ace GP.