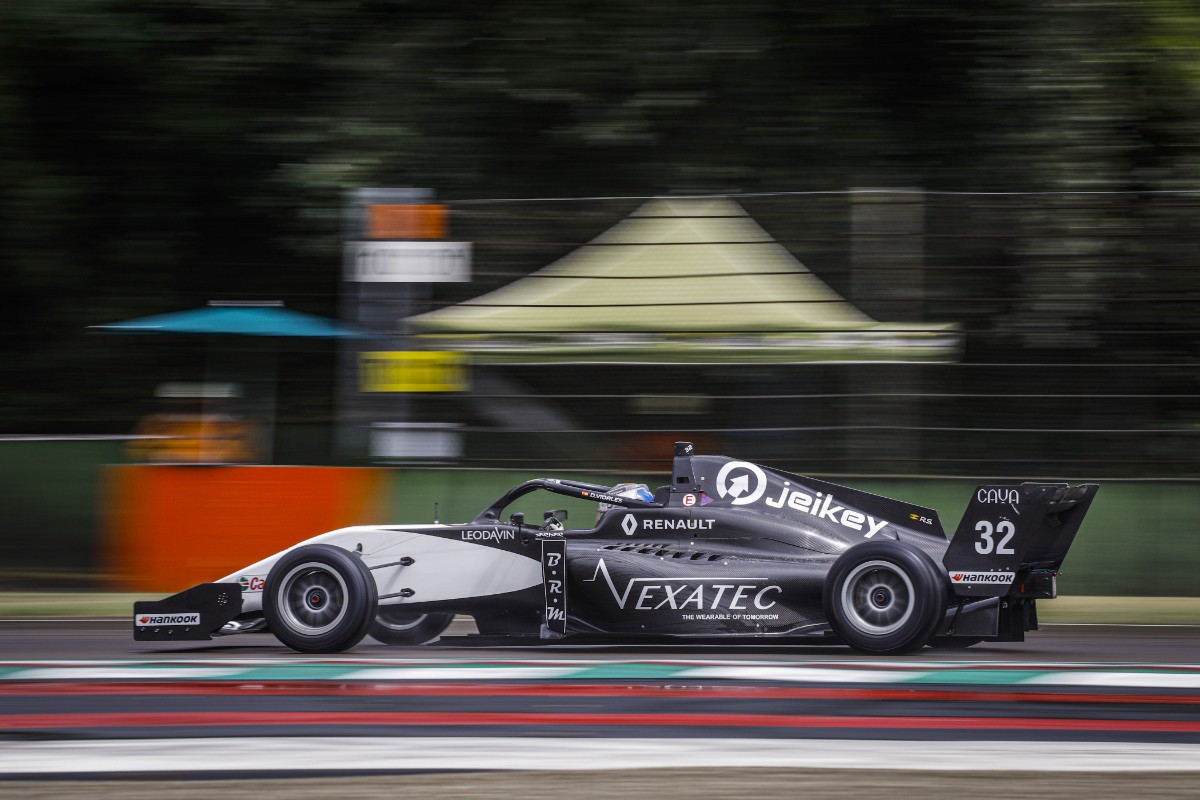 JD Motorsport’s David Vidales took pole position for his first ever single-seater race in the Formula Renault Eurocup at Imola.

The Spanish karting graduate, who was supposed to make his car racing debut in Formula Regional European Championship, was fastest in free practice and was able to replicate that in the 20-minute qualifying session for race one.

ART Grand Prix’s Victor Martins initially set the pace in the session, before the track started to rubber in more after being swept clean by rain yesterday.

However, many drivers did not improve on their final laps. One driver who did was Vidales, who was able to overhaul R-ace GP’s points leader Caio Collet in the final moments.

Collet looked as if he could improve a minute on his last attempt, but fell short after a poor final sector.

There was a brief full course yellow towards the end, as ART’s Gregoire Saucy – who ended up ninth – seemed to have an issue on the run up to Variante Alta. He was narrowly ahead of MP Motorsport’s Franco Colapinto.

During the yellow flag period, FA Racing by Manor’s Amaury Cordeel appeared to overtake someone in an incident that will be investigated after the session.

Late entrant Johnathan Hoggard was slowest of the runners, while MP’s Joey Alders failed to set a lap time despite taking to track multiple times.