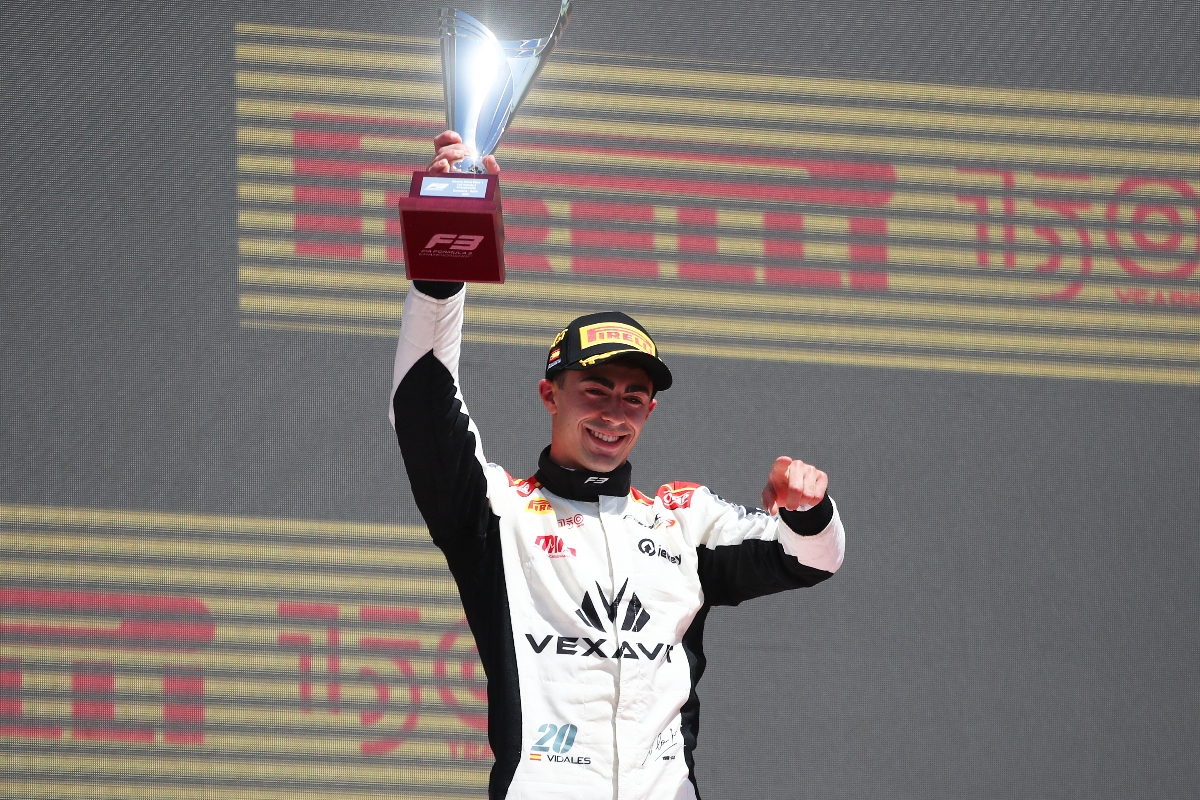 David Vidales and Jak Crawford, first and second in FIA Formula 3’s Barcelona sprint race, have been cleared of wrongdoing during a lead battle they had which went under investigation.

The incident occurred halfway through the race, with Prema’s Crawford drawing halfway alongside Campos Racing’s Vidales around the outside of the lap’s first corner.

Vidales forced Crawford wide and off the track, resulting in him launching over a sausage kerb that he later admitted to not seeing. The kerb in question has since been removed for the remainder of the weekend.

Crawford then missed the bollards to rejoin the track at the entry to turn three, as per the race director’s instruction, but he didn’t close the gap back up to Vidales so no time advantage was gained.

The Prema driver was cleared of wrongdoing, with the stewards noting: “After leaving the track, Car 05 [Crawford] hit the speed bump at the run-off area and re-joined the track just before Turn 3. The driver explained that as a result of hitting the bump, he landed sideways and there was nothing he could do in order to drive to the left-hand side of the bollards.”

First-time winner Vidales was cleared for pushing Crawford off the circuit, which resulted in the bollard non-infringement.

“The driver of Car 20 [Vidales] explained that he was in front at the apex of the corner when Car 05 tried to overtake him on the outside,” read the stewards’ document. “He also explained that although he braked later than usual, he was in control of the car when he reached the corner.”

Speaking in the post-race press conference, Vidales said that “since the beginning of the race I managed to just hold the first position. A good start, good pace in the first laps, and then Jak was coming pretty fast. After two laps he managed to make me defend the position, and I wouldn’t call it [an] incident because we didn’t actually touch at all. But yeah it was hard racing, which is what we want.

“In the first corner he went to the outside. On braking he was still not side by side so I just tried to do my line and brake as late as possible but still without touching him or pushing him off track.”

Crawford gave his view, saying that “I was pushing quite a bit to catch David and once I caught him and the thing happened at turn one, I think I was a bit frustrated and maybe I over-pushed a bit.

“I think keeping my head cool wasn’t the greatest today, so hopefully I’ll be able to improve on that tomorrow.”