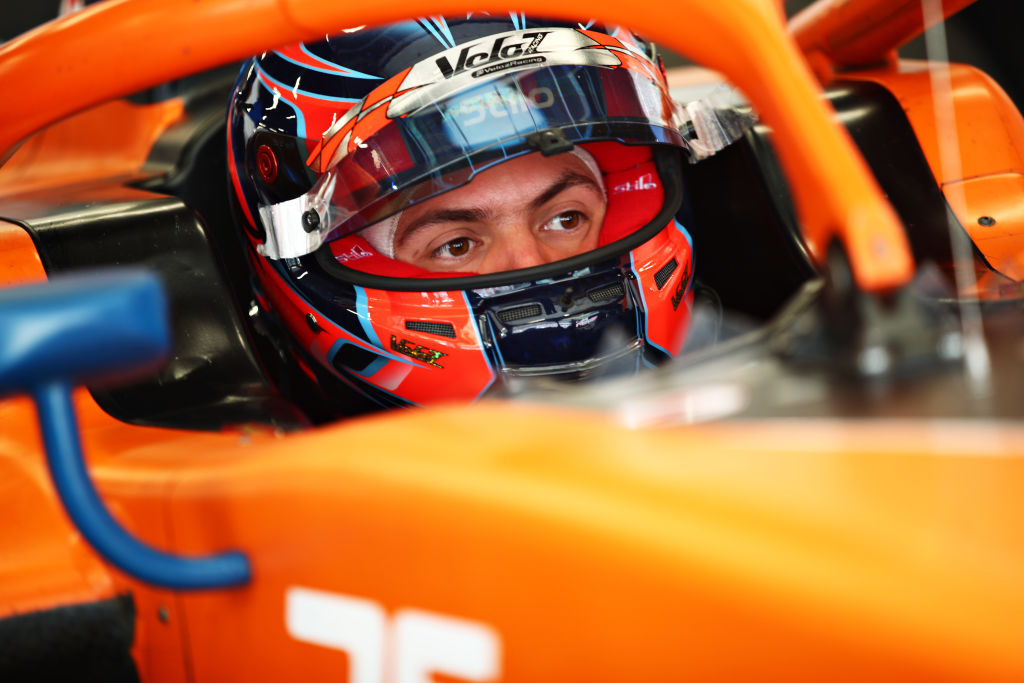 Felipe Drugovich took a lights-to-flag victory in the Formula 2 sprint race at Barcelona to move into the points lead.

The MP Motorsport driver got a lightning start to jump up to the race lead off the line from third on the grid and was unstoppable thereon.

After an early safety car period, fourth-placed starter Ayumu Iwasa was brought back onto Drugovich’s tail, but couldn’t keep in touch.

Drugovich gradually pulled out a lead of 2.1 seconds for his second win of the season.

Trident’s Calan Williams was set to start on reversed grid pole but stalled on the formation lap, leaving Jake Hughes alone at the front of the grid. Hughes wouldn’t be able to stay there for long though, with Iwasa and Logan Sargeant following Drugovich past the Van Amersfoort Racing driver.

For the first half of the race, the battle between Iwasa and Sargeant was the closest. However, Sargeant couldn’t stick with Iwasa and wasn’t able to make use of the DRS. He finished two seconds back from the Red Bull junior in third, but it was still enough to take his first F2 podium.

Behind them, Hughes gradually slipped backwards. After a brief safety car period, brought out for a spin from Juri Vips, Hughes had Jehan Daruvala and Theo Pourchaire on his tail. Daruvala was able to find a way through but Hughes managed to hold Pourchaire off for a while longer. In doing so, he brought Jack Doohan onto the back of the fight.

Pre-race points leader Pourchaire eventually found a way past Hughes, with Doohan and Frederick Vesti following through not long after, and fifth place for the Frenchman means he drops to four points behind Drugovich in the standings.

Hughes tried to hold onto the final points-paying position on worn tyres, only for Enzo Fittipaldi to manage a move around the outside to take eighth. Hughes came into the pits to retire shortly after.

Inside the top 10, there was little other change in position. Pourchaire was 0.7s behind Daruvala at the finish, but there was no opportunity to challenge his fourth place.

Doohan took sixth ahead of Vesti and Fittipaldi, while Liam Lawson held off Marcus Armstrong to finish ninth.