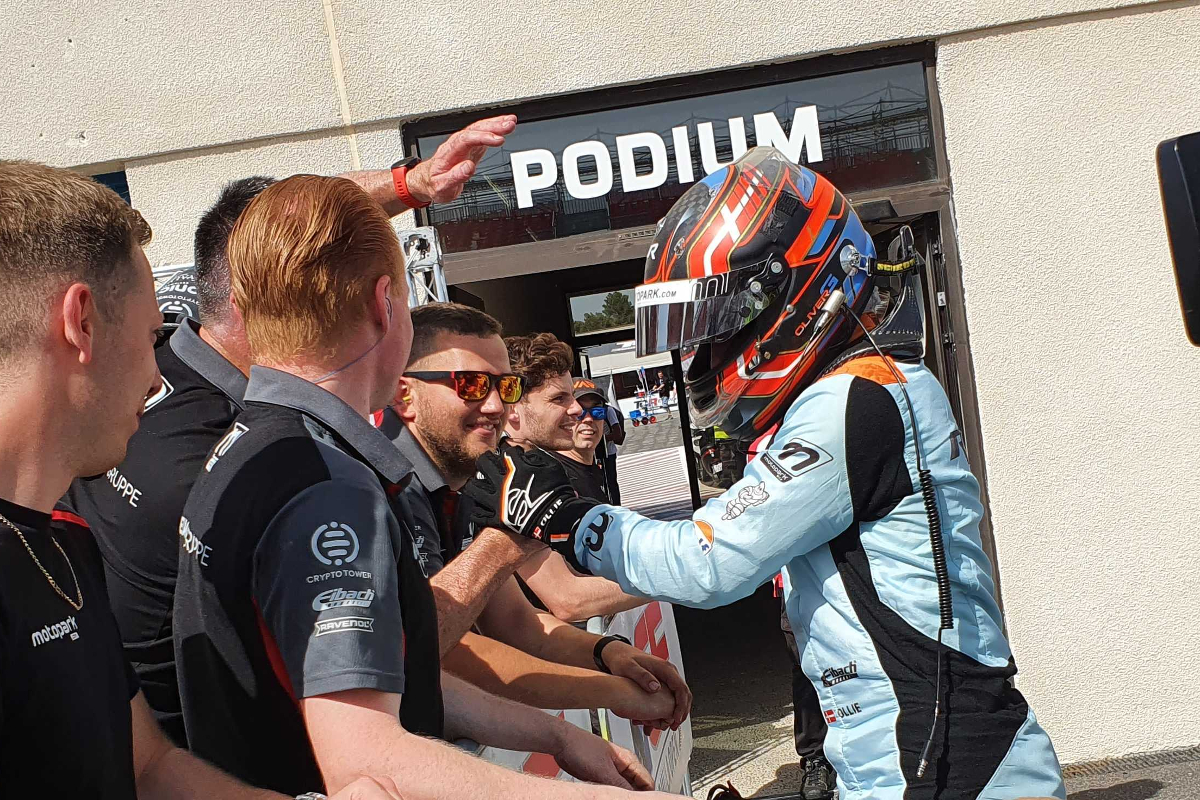 Oliver Goethe dominated the opening Euroformula race of the weekend at Paul Ricard, as title rival Christian Mansell finished fourth after being spun around.

The Motopark driver started alongside Mansell on the front row, and made a stronger start to already have a nose ahead of the poleman on the run to turn one.

Mansell’s race then was quite literally turned around as Van Amersfoort Racing’s Sebastian Ogaard rode over the kerbs and the rear of his car into the first braking zone and spun Mansell around.

His CryptoTower Racing Team team-mate Vlad Lomko moved into second, and VAR’s Filip Ugran passed his team-mate Ogaard for third at the chicane halfway down the Mistral straight.

By the end of the lap there was already a 2.884-second gap between Goethe and Lomko, and the top three soon distanced themselves from the squabbling behind to secure their positions. Mansell dropped to 11th, but his car was primarily damage-free and he began a recovery driver that benefited from chaos ahead.

His first target to pass was Josh Mason, who had qualified fourth but bogged down at the start and dropped to the back, but Mason passed Drivex School’s Nico Pino before he had a chance to have a go at him and the first driver he actually passed was BVM Racing’s Francesco Simonazzi who had been battling with Motopark’s Alex Garcia.

Ogaard then spun around Frederick Lubin while they battled, earning Mansell another spot who had a great spat with Mason through the first sector of the lap to gain another place.

Once Mason was cleared, Garcia then started attacking the Brit and that allowed Mansell to chase down Marinangeli who he passed at turn one a few laps later to move up into fifth place. Ugran was a few seconds up the road, but in the second half of the race he hunted him down and snuck inside him at the final corner on the penultimate lap.

Mason and Garcia’s battling resulted in both exiting proceedings, with Garcia finishing his race in the pits after a spin and Mason stopping with a puncture on the Mistral straight, meaning Pino finished seventh and Lubin recovered to eighth.