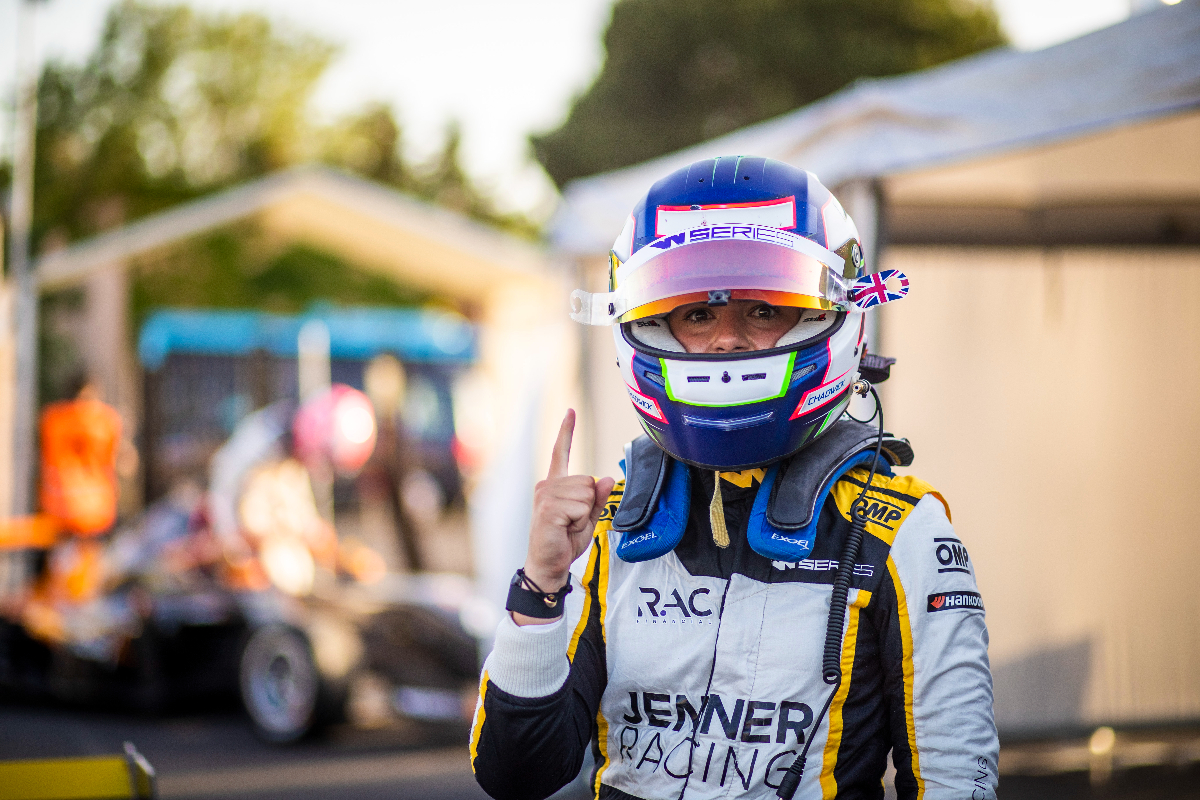 Jamie Chadwick took a lights-to-flag W Series victory at Barcelona, managing the gap to Abbi Pulling who matched the pace of the leader after passing Alice Powell on lap one.

As the final lap began, Pulling had closed to under half a second behind Chadwick, darting left and right, but was too far back to make a move and Chadwick extended her points lead over her fellow Briton with her third win in a row.

The different start procedure in the Tatuus FT-60s, a car being used for the very first time by W Series while its usual fleet of T-318s is in transit, caught a couple of drivers out as the lights went out.

Pulling made a move on the outside of Powell at turn one, and carried the momentum to be able to secure second place as Chadwick immediately began to break away.

Chadwick continued to manage the gap, taking back the fastest lap from Powell who was turning up the pressure on Pulling and had to fight to defend. In the following laps, Powell backed off, looking after her tyres, then picked up her pace once more but Pulling responded to retain the gap and also keep Chadwick under pressure.

Meanwhile the battle for the last of the points positions had come alive between Sarah Moore and Jessica Hawkins, the pair battled through the third sector before Moore made the move for 10th through the opening two corners and then put a 10s gap between herself and Hawkins in the final third of the race.

It was at this point where tyre management became key, and Beitske Visser’s tyres were visibly degrading as Belen and Marta Garcia formed up behind but couldn’t find a way through.

Bianaca Bustamante made a strong start to the race, gaining two places, but tangled with fellow rookie Chloe Chambers, and she was sent over the gravel. Chambers then lost the rear through turn nine, ending her race on the last lap beached in the gravel.