written by Alejandro Alonso Lopez 21 May 2022 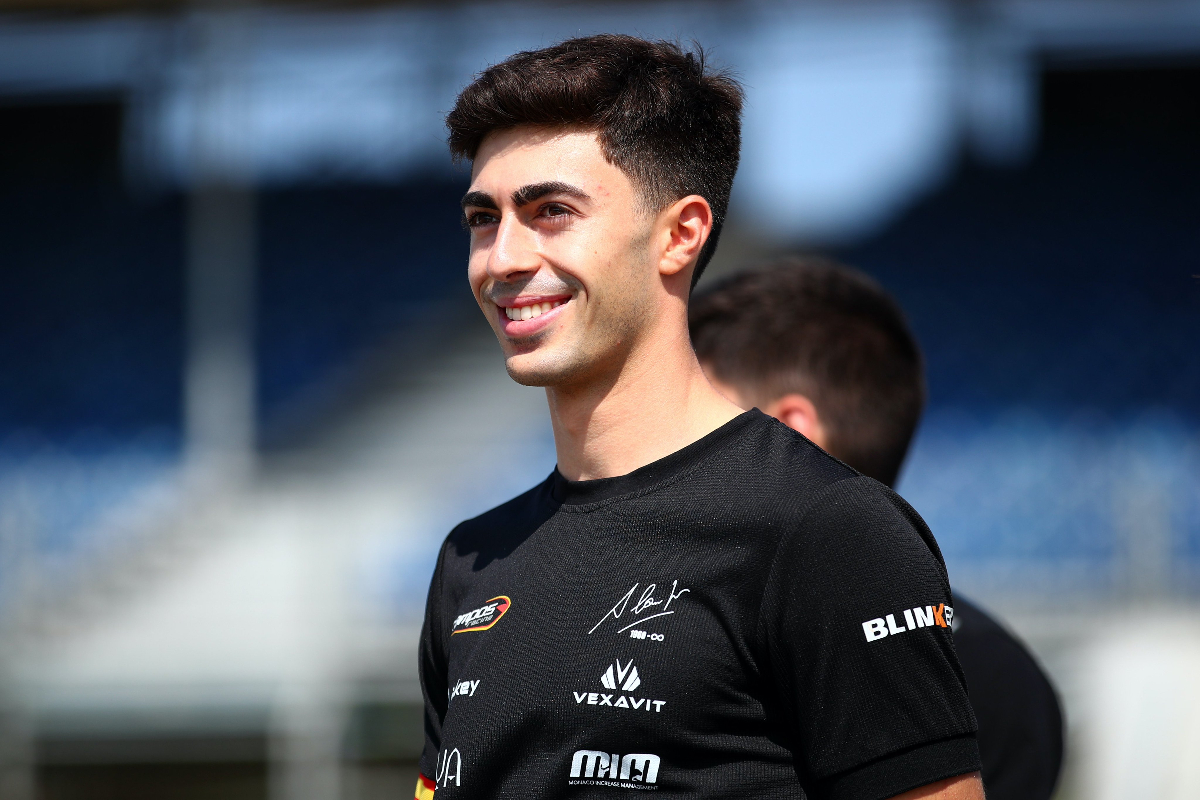 Reversed-grid pole-sitter Vidales fended off ART Grand Prix’s Correa, who had made a good start, to lead the field into the first corner of the race. While the top five held their starting positions, MP Motorsport’s Alexander Smolyar moved up to sixth from ninth on the grid, going side-by-side with Prema’s Ollie Bearman for half a lap in the process.

On lap five, Prema’s Crawford passed Correa for second at the end of the pit straight and went on to chase Vidales.

Two of the contenders soon dissapeared, as ART GP’s Victor Martins slowed at the exit of turn three on lap seven and went to the pits to retire with mechanical problems, and Van Amersfoort Racing’s Franco Colapinto was forced out after losing his engine cover.

By the halfway point of the 20-lap race, Crawford has closed the 1.5-second gap Vidales had built early on, and the pair battled for first place. Vidales defended the inside going into turn one and Crawford ended up taking the Tarmac run-off, jumping over the yellow kerbing and dropping back to 1.5s behind again.

The gap didn’t decrease again thereafter, and Vidales claimed his maiden FIA F3 win. However his incident with Crawford is currently under investigation,

Correa ran in third, but with three laps to go he was passed by MP’s Caio Collet. Smolyar also tried to take advantage from Correa’s struggles, but in a similar incident to that between the top two he took to the turn one run-off and ended up finishing sixth behind Prema’s Arthur Leclerc and Correa.