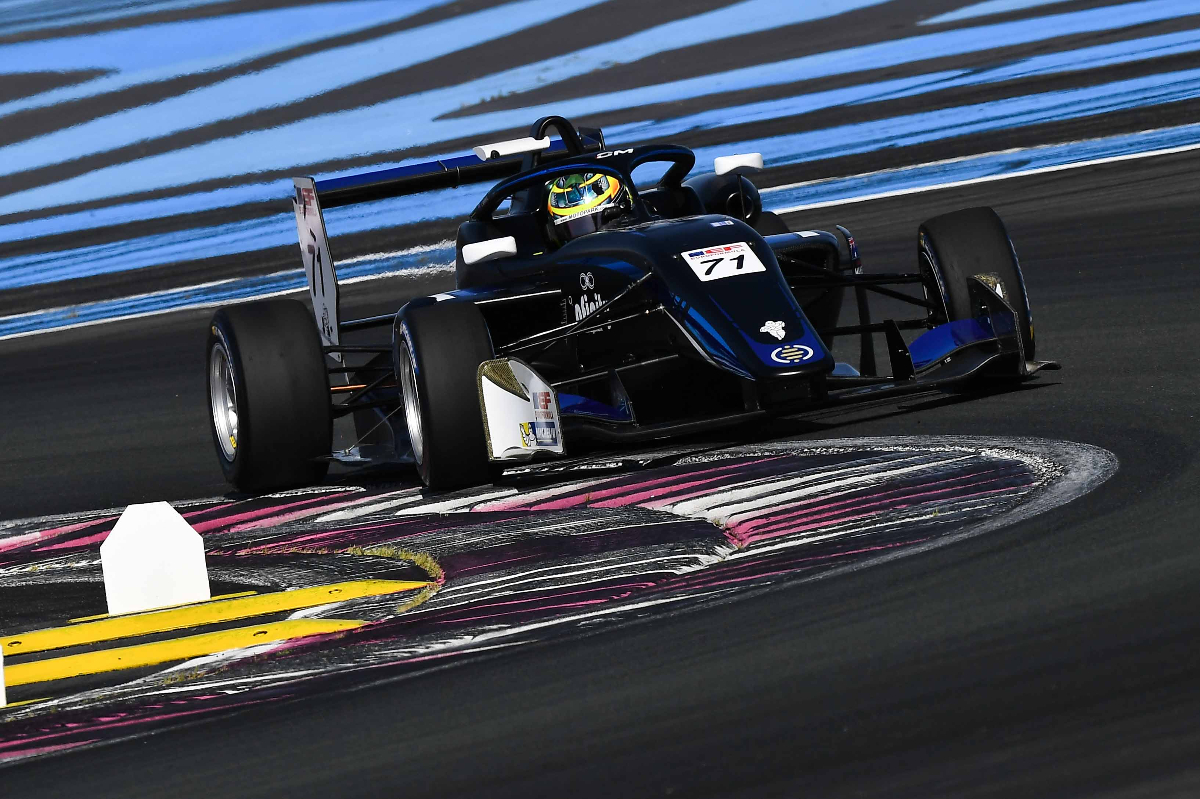 Van Amersfoort Racing’s Filip Ugran set the pace at first and was only getting faster during the first runs of qualifying until he ran wide exiting turn two, struck a bollard and lost his front wing.

Oliver Goethe picked up the baton of setting the pace from there, with the Motopark man going over a third of a second clear by becoming the first driver to break into the 1m55s, then putting almost half a second between himself and CryptoTower’s Vlad Lomko when the Russian briefly usurped him at the end of the first run.

Mansell then rose to second, but was still some way off Goethe’s pace, however as the track gripped up it was the final sector where the latter kept losing time to his rival as he had in free practice.

With just under two minutes to go, Mansell claimed provisional pole with a 1m54.788s lap and Goethe could not respond. He still had enough life in his tyres to go for another lap, but a squirm after Signes cost him and he ended up just shy of pole as Mansell improved again to secure pole with a 1m54.337s.

Lomko had sunk down the order but with his final lap, set after the chequered flag waved, he rose back up to third place ahead of team-mate Josh Mason and VAR’s Sebastian Ogaard. Ugran, despite improving his pace on his second run, could only qualify sixth.

BVM Racing’s Francesco Simonazzi had shown strong pace in practice and qualifying, but ultimately could do no better than ninth and was over 1.2s off pole.