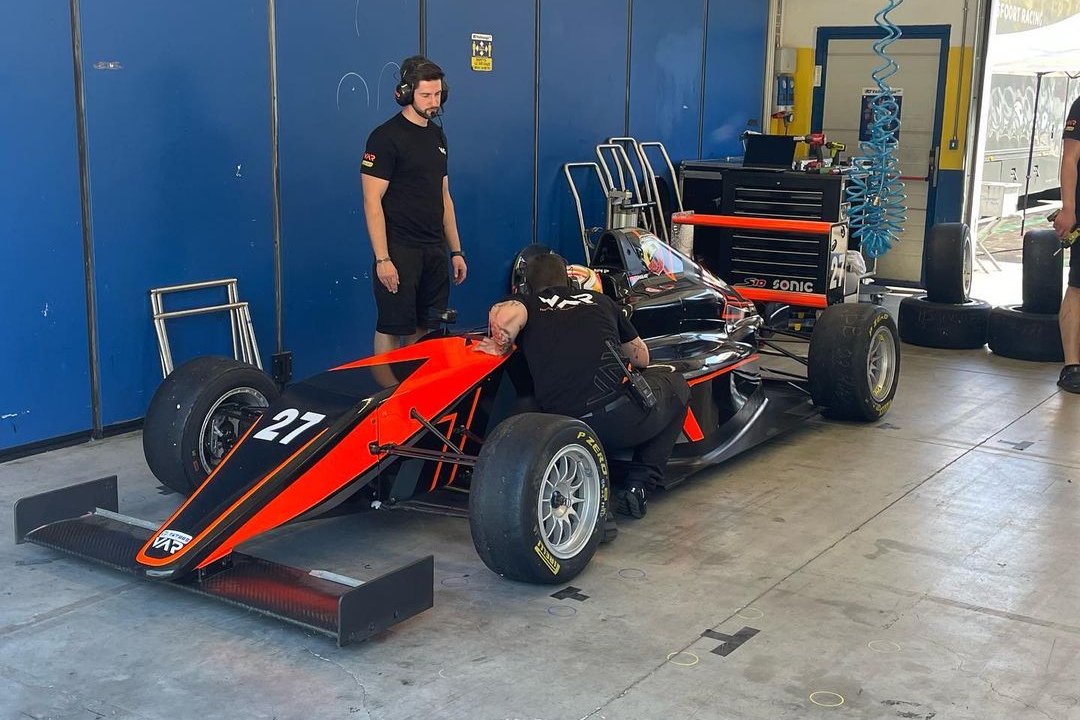 Red Bull and Oliver Rowland protege Arvid Lindblad completed his first Fornula 4 test this week at Vallelunga, and set the pace in a first-generation car.

The British-Swede karter will make his single-seater debut with Van Amersfoort Racing later this year once he turns 15, and tested with the team on Thursday and Friday along with 37 runners from the Italian F4 championship.

They were split into two groups, one of 20 and the other of 18, and each had four sessions per day of running.

PHM Racing’s Nikita Bedrin topped the very first session, by almost half a second over team-mate Taylor Barnard, with Prema’s Rafael Camara in third. Camara also appeared in the second group through day one, and his extra track time meant he was fastest in their first session with the first sub-1m35s lap.

He repeated the feat in both group’s second session, improving to 1m34.751s but then never getting any better than that.

In session three for the first group he was fastest again, but down on his previous best, while team-mate Andrea Kimi Antonelli took over at the top of the second group.

Barnard beat Bedrin by 0.026 seconds in their final session of the day, with AS Motorsport’s Manuel Quondamcarlo a surprise third but showing pace he would actually build on through the rest of the test. Thursday ended with Lindblad coming to the fore, setting a 1m34.574s to head the lead trio from both Prema and US Racing, all in second-generation cars. Incredibly the top 15 were within a second of each other, with Lindblad fastest by 0.180s over Antonelli.

Friday began with James Wharton edging Prema team-mate Charlie Wurz by 0.033s and Antonelli by 0.053s in a super-close top 16, while Bedrin was seven tenths clear of Quondamcarlo in the other group.

Bedrin was the driver to beat in the next session too, while Lindblad went fastest again. That almost continued into the afternoon for both, as Quondamcarlo bettered Bedrin by 0.047s in session seven, but in the final running it all came good as Bedrin beat Quondamcarlo and Lindblad reclaimed the overall top spot from Wharton and was half a second faster than anyone else in-session.

“First time in an F4 and I loved it,” Lindblad said. “Pace was good and I learned a lot. Can’t wait until next time. Big thanks to Oliver Rowland for all the help and support, to my team VAR and my engineer Alejandro.”

US’s Kacper Sztuka was ninth overall despite setting his fastest lap on Thursday, while the vast majority peaked in the early Friday morning conditions.