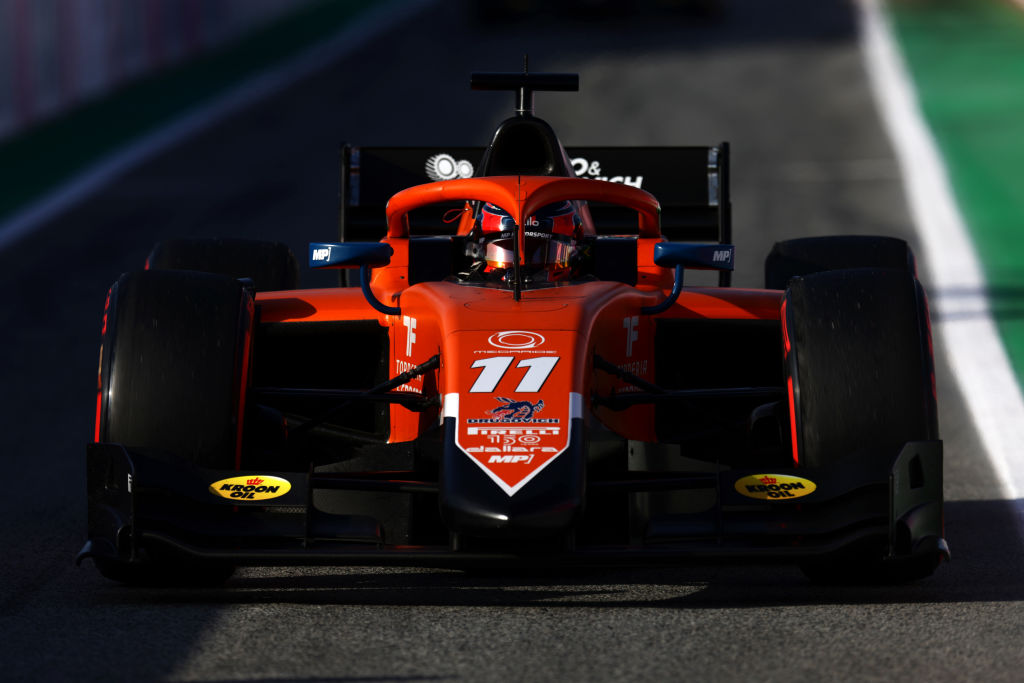 Felipe Drugovich has been handed a three-place grid penalty for the Formula 2 sprint race at Barcelona, dropping him from the pole spot to fourth on the grid.

The MP Motorsport has recieved the penalty after he impeded Theo Pourchaire in qualifying, with the ART Grand Prix driver sitting two points ahead of Drugovich at the top of the standings as they fight for the title.

Pourchaire complained on the radio during qualifying that Drugovich had impeded him exiting turn one on his final flying lap of the session, and as a result he qualified seventh, 0.389 seconds off pole. Drugovich was 10th fastest, 0.578s back.

“Having considered the matter extensively, the stewards determined that the driver of Car 11 was approaching turn one at slow speed when Car 10 was closing in quickly,” read the stewards’ document detailing the penalty decision.

“Due to the very high speed differential and the lack of information given to the driver by the team, the friver of Car 11 did not move off line before turn one and therefore unnecessarily impeded Car 10.”

By qualifying 10th for Sunday’s feature race, Drugovich had put himself on pole for the reversed grid sprint race on Saturday as the top 10 from qualifying is flipped.

His penalty now means it will be Trident’s rookie Calan Williams who will get that honour, with the Australian currently targeting his first F2 podium after converting third on the grid into fourth in the Jeddah sprint race.

Olli Caldwell will start from last place for the sprint race as he carries over a grid penalty from the previous round at Imola.