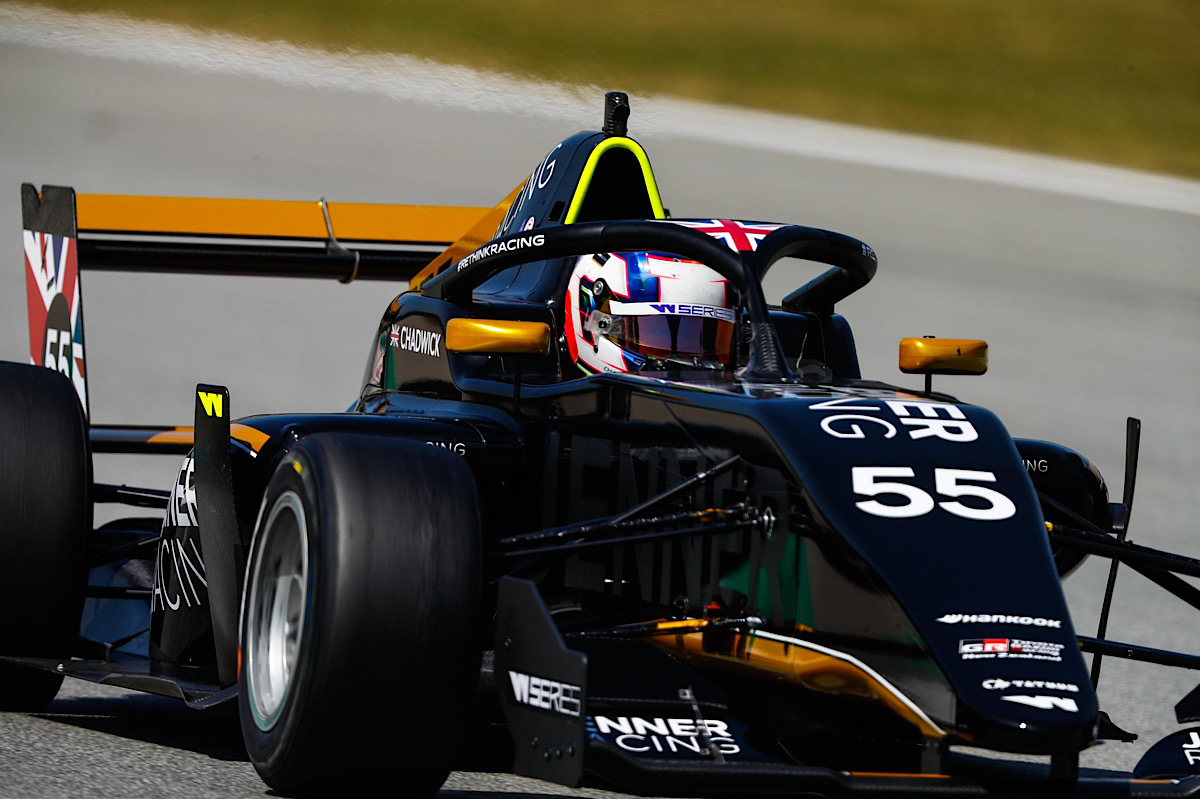 Jamie Chadwick took pole for W Series’ Barcelona round ahead of Alice Powell and Abbi Pulling, in a qualifying session plagued by track limits warnings.

Chadwick was slow to initially compete with the fastest times but put in the best lap of anyone when it mattered with a 1m44.951s, over three tenths of a second quicker than Powell.

Beiske Visser will start the race on Saturday in fourth, in front of by Emma Kimilainen who completed the top five after having a problem with a faulty sensor during the practice session.

As usual, the meaningful laptimes came in the second half of qualifying, as the sun set. Fabienne Wohlwend was the first to improve into the top five, followed by Sarah Moore who moved to the top of the timesheet, with Jess Hawkins close behind.

Lap after lap, times began to improve, and local drivers Marta Garcia and Belen Garcia joined the battle for pole.

It wasn’t long until the usual contenders appeared at the top though, although Chadwick spent much of the second half of qualifying in the middle of the order before she went fastest.

Powell responded to Chadwick’s benchmark, but a lap later she went even faster and set what would be the pole position lap.

Powell was hindered by Bianca Bustamante on her final push lap but no one was able to challenge her for second place as tyre degradation led to the majority of drivers backing off.

Pulling, who ended up third, had been on provisional pole at the halfway point of qualifying but her end position meant she still secured an all-British top three.

Numerous drivers had warnings and laptimes deleted after going wide at turn nine.

Emely de Heus continued her strong performance from practice, and for some time looked set to be the top Formula Regional rookie. However she ended up 15th, with Tereza Babickova the top newcomer in 13th and 1.228s off the pace.