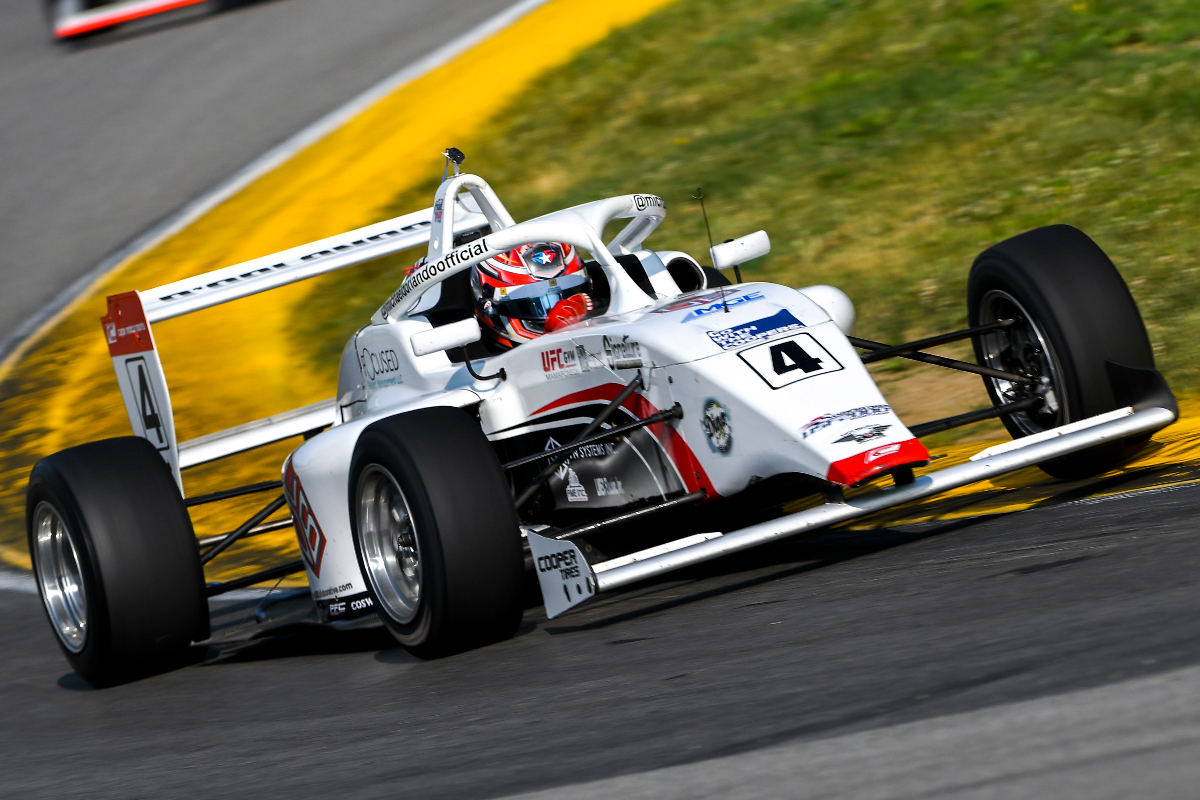 The USF2000 title battle continues to yo-yo as Michael d’Orlando cut back into Myles Rowe’s points lead with victory in race three at Mid-Ohio.

It was a lights-to-flag run by d’Orlando up front, only having to seriously fend off Rowe through the opening few corners before edging slowly away through the 20-lap race.

He eventually finished 3.3923 seconds clear, but it wasn’t Rowe in second place as he had an off at turn one with two laps to go which dropped him behind Pabst Racing team-mate Jace Denmark.

The lead three were way ahead of a battle for fourth that initially included Billy Frazer before he also went off at the first corner and spent the rest of the race towards the back, and it was then Dylan Christie and Lochie Hughes leading a long queue of cars.

Jay Howard Driver Development’s Hughes, in his debut weekend, passed Christie in the second half of the race and then pulled away as Thomas Nepveu and Jagger Jones put the pressure on Christie.

Initially eighth place down to 11th was also in the train, but Turn 3 Motorsport’s Christian Weir didn’t quite have the pace to stay with them and dropped back to lead a second train of cars that were disputing eighth.

He held on to that spot until lap 18 of 20 when he had several side-by-side moments of Nikita Johnson, who eventually got through and was followed later by Bijoy Garg.

Drivers who could have been in contention but ran into drama included Frazer, who eventually finished 14th, and Nicholas d’Orlando who stopped on track very early on then retired.

Spike Kohlbecker pitted with a wing issue, Danny Dyszelski spun to the back at turn four, and with a lap left Jorge Garciarce ran onto the grass at the Carousel and then as he got back on track went into Jackson Lee which resulted in the latter losing a wheel and spearing backwards at speed into the barriers.