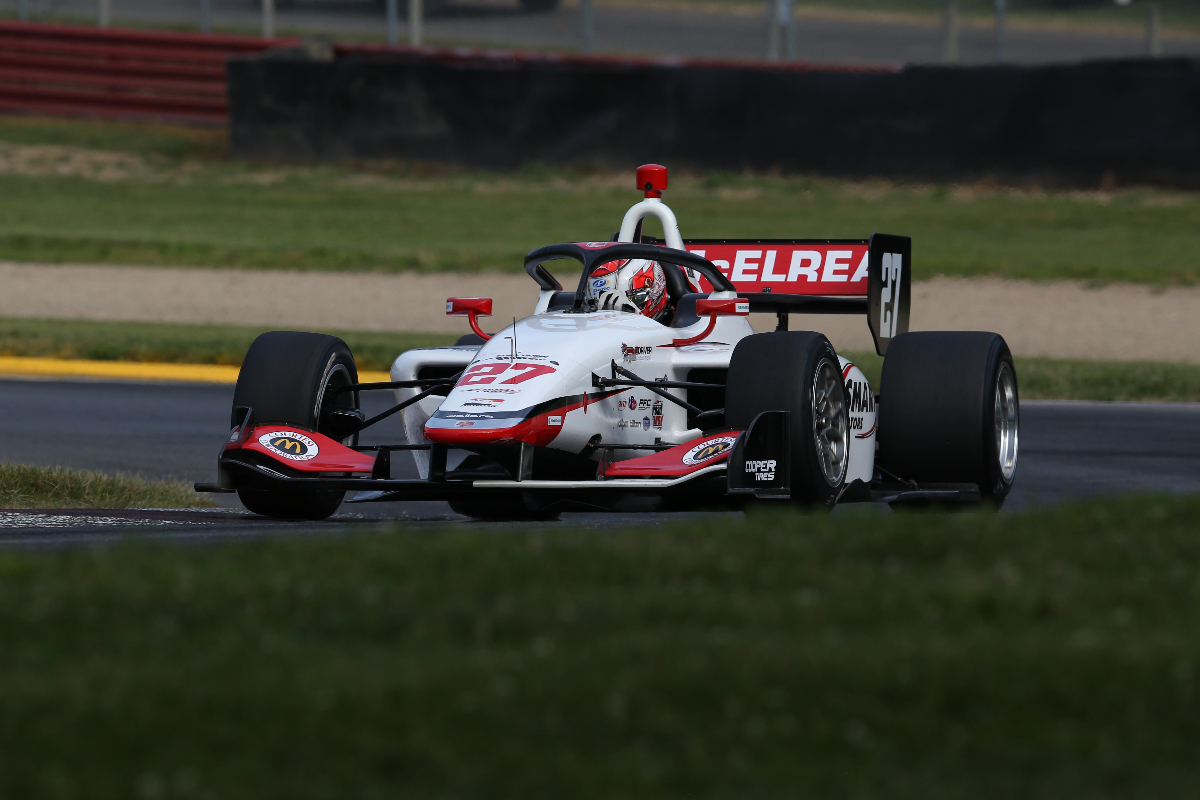 The Andretti Autosport driver’s first pole came on his debut in the opening round of the championship, and he has had three front row starts since then.

McElrea went straight to the top of the order with his first flying lap in the Saturday afternoon qualifying session, and gradually shaved off time until he ended the day with a 1m12.1926s laptime.

It was Global Racing Group’s Benjamin Pedersen who set the pace after the opening timed laps, as Andretti opted to stay in the pits longer than the rest of the field before venturing out.

Once out on tracks, its cars were immediately top of the order though and McElrea led team-mates Matthew Brabham and Sting Ray Robb.

Brabham at one point jumped ahead of his team-mate but could not keep up with McElrea’s rate of improvement.

A late flurry of flying laps dropped Brabham back to fourth as championship leader Linus Lundqvist rose to second, 0.2292 seconds off the pace of McElrea.

Pedersen qualified third, ahead of Brabham, Christian Rasmussen and Robb.

Jacob Abel managed to qualify within half a second of the fastest time and will start Sunday’s race from seventh place.