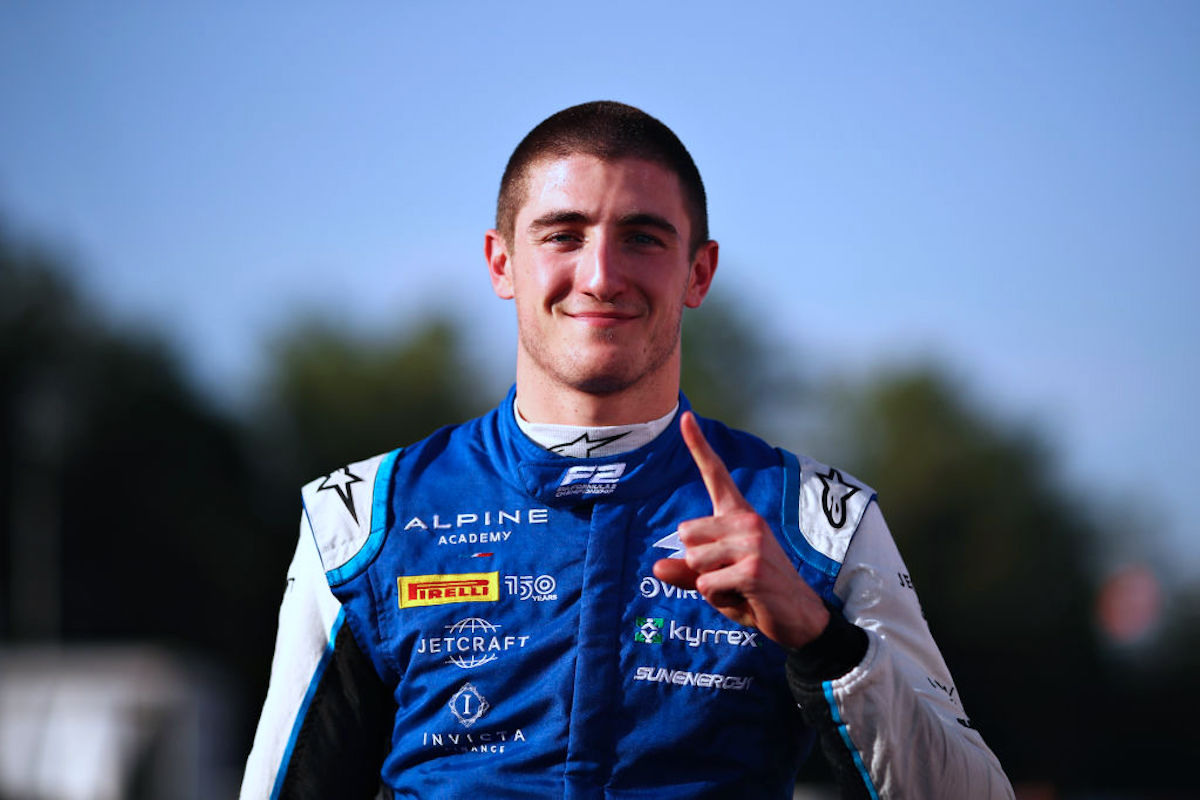 Virtuosi’s Jack Doohan resisted a late charge from Ayuma Iwasa to triumph in a wet-dry Formula 2 sprint race at Silverstone.

The race started behind the safety car on a wet circuit, with the race distance reduced to 20 laps.

After two formation laps, Prema’s Jehan Daruvala led the field when the green flags were shown, pulling out a one-second lead over Charouz driver Enzo Fittipaldi.

ART’s Frederick Vesti made an early lunge on championship leader Felipe Drugovich for eighth at Village, the pair the banging wheels at the next corner before Vesti finally made the move stick into Brooklands.

Hitech GP’s Juri Vips fended off Doohan for third during the first four laps, before the Australian moved ahead into Village. Vips started to suffer with overheating tyres and continued to slip down the order.

Daruvala also started to struggle with his wet tyres, allowing Fittipaldi to close in before snatching the lead at Club, with Doohan also pouncing two corners later to take second. Doohan was soon past Fittipaldi into first while DAMS’s Iwasa demoted Daruvala to fourth.

Iwasa then climbed to second after Fittipaldi ran wide at Copse, with Doohan building over a four-second lead at the halfway stage.

A late charge saw Iwasa haIf the gap on the penultimate lap, and he continued to eat into the deficit on the final tour by setting the fastest lap, but Doohan held on to win by 0.932s

ART’s Theo Pourchaire moved up to fourth in the race’s second half ahead of Daruvala at Club and started to reel in Fittipaldi. But the Brazilian held on to take his second podium of the season.

Drugovich took advantage of a make from Vesti to take sixth in the latter stages, and then moved ahead of Daruvala at the end of the Hangar Straight before finishing fifth.

As he increasingly struggled for grip, Daruvala fought hard to keep Vesti behind, but had to concede sixth into Club. and he then slipped back to eighth behind Carlin’s Logan Sargeant before the finish.

Carlin’s Liam Lawson damaged his front wing during the race, tumbling out of the top 10 to 20th after pitting for a replacement. Prema’s Dennis Hauger was another to run into tyre trouble and slipped from 10th to 15th.

Virtuosi’s Marino Sato was the only retirement after pulling off the circuit with an issue in the second half of the race.

Ralph Boschung was due to start from 17th for Campos, but withdrew before the race following a recurrence of the neck issues that have plagued his season.