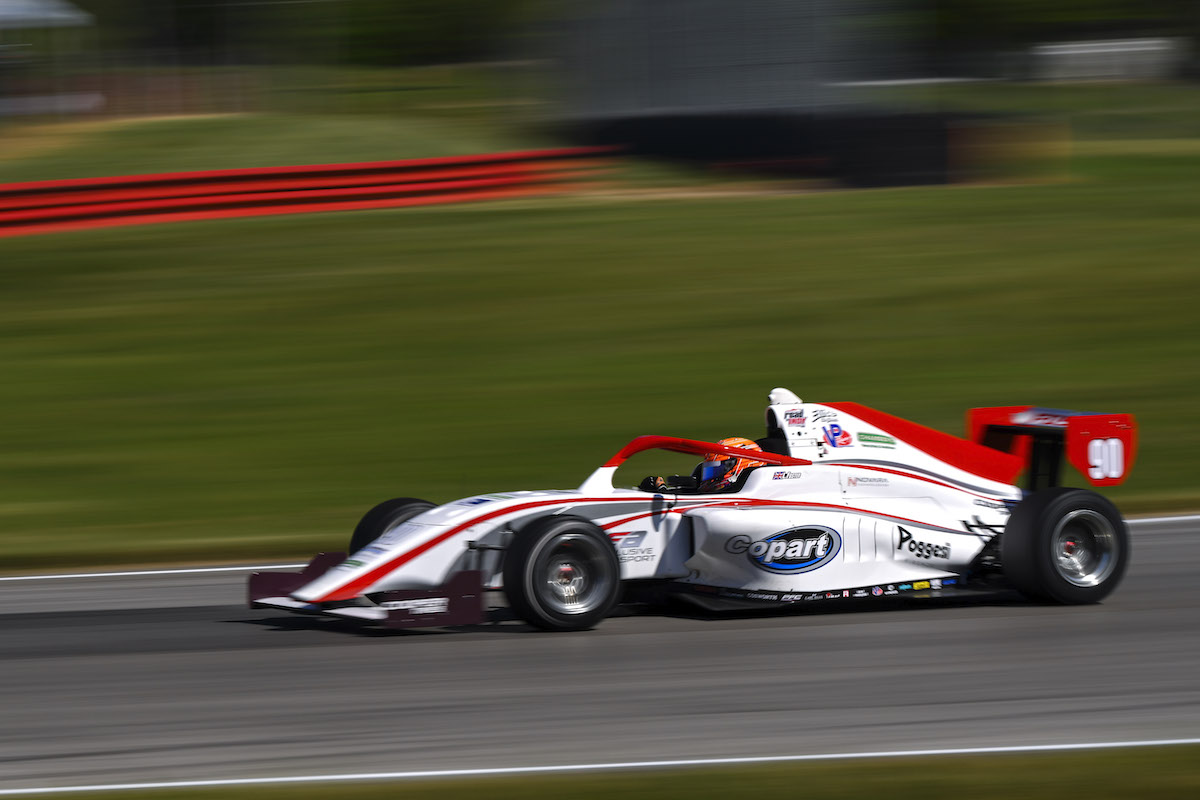 Louis Foster was dominant despite two caution periods on his way to winning the first Indy Pro 2000 race at Mid-Ohio to add to his series lead.

Exclusive Autosport driver Foster kept the lead at the start while Salvador de Alba was a man on the move, climbing from fifth to third.

The race went under caution after Yuven Sundaramoorthy was tagged and spun off into the gravel at Turn 2, and de Alba gained second place at the restart past Nolan Siegel.

De Alba could do nothing about Foster though, even after another caution period at one-third distance after Jonathan Browne spun and stopped in Turn 1.

Foster continually pulled away after the restart, eventually winning by 14.5 seconds.

De Alba held onto second with a train of cars behind him. Kiko Porto attempted to pass Siegel for third on the last lap but had to settle for fourth.