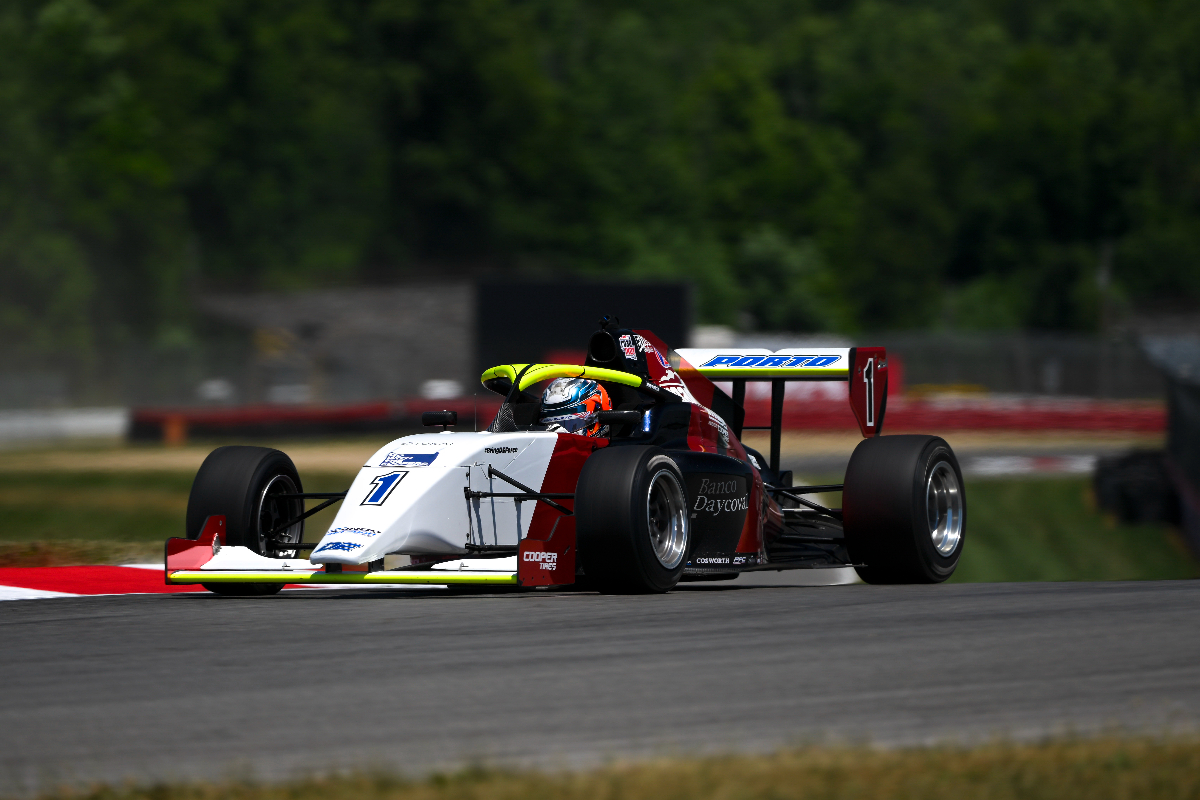 Kiko Porto held off a whole race of pressure from Louis Foster at Mid-Ohio to win for the first time in Indy Pro 2000.

The reigning USF2000 champion had yet to pick up a podium in his rookie IP2000 season prior to the second race of the weekend, which he started from second on the grid alongside poleman Foster.

Porto took the lead into the second corner of the race, held off a counter-attack from Foster at turn and then kept him in his mirrors for the remainder of the 25-lap encounter.

The biggest the gap ever got between the pair was 0.6 seconds, with it hovering at around four tenths of a second until lap 18 when Porto had a lock-up and Foster was able to weigh up making a move.

However he had his own lock-up on the next lap and he stayed stuck a third of a second behind through to the finish.

Pabst Racing’s Yuven Sundaramoorthy held off two laps of pressure from Juncos Hollinger Racing’s Reece Gold for third place at the start of the race before Gold got into a routine of locking up his tyres and in the final third of the race being passed by his own team-mate Enaam Ahmed and then Jay Howard Driver Development’s Salvador de Alba.

Nolan Siegel dropped a spot early on and then hung on to seventh for the rest of the race, with a big gap to the fighting Braden Eves and Josh Green in eighth and ninth.

There were no retirees, although Wyatt Brichacek did stop early on and returned to track to finish the race two laps down.

Antonelli eases to another Italian F4 win at Vallelunga