Antonelli eases to another Italian F4 win at Vallelunga 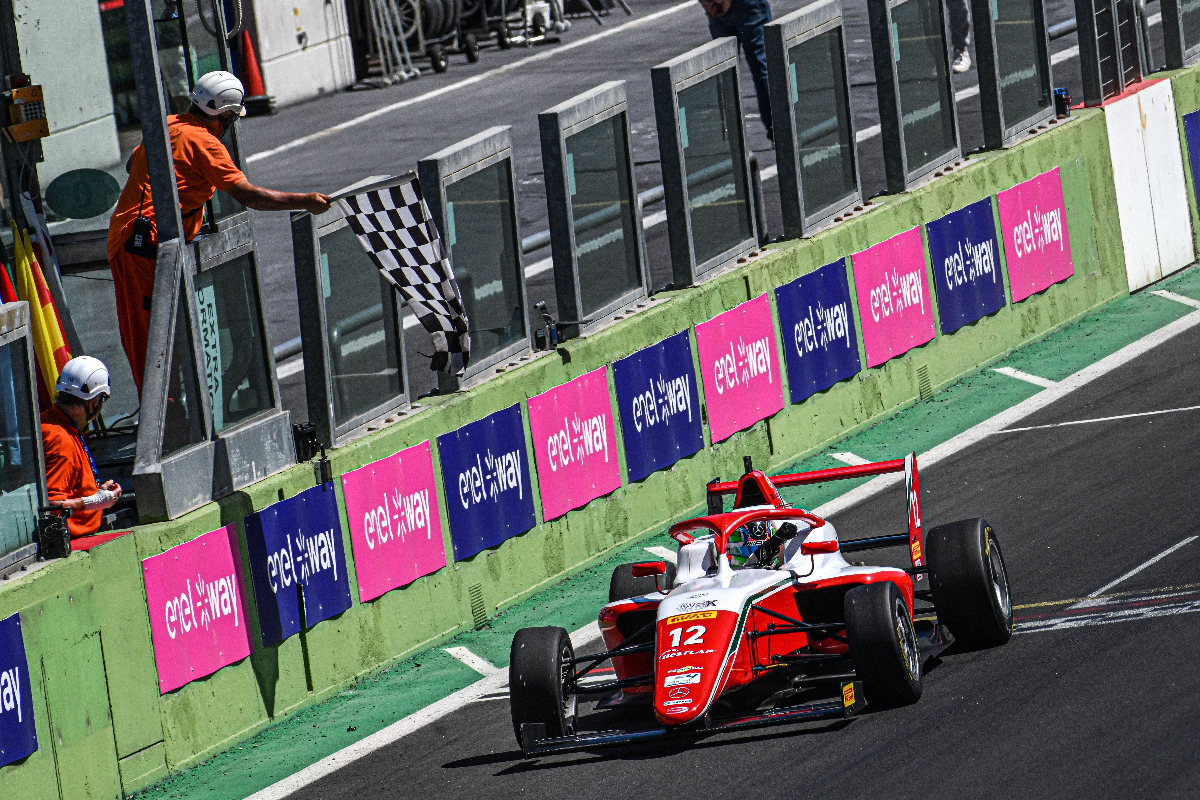 Andrea Kimi Antonelli had an early scare with Kacper Sztuka, but once again was almost unrivalled en route to Italian Formula 4 victory at Vallelunga.

Sztuka started third on the grid but only took a handful of corners before he was pressuring poleman Antonelli for the lead.

They got so close that he actually rear-ended Antonelli’s car entering one corner, and it took some serious car control for Antonelli to turn in while the rear of his car was going the wrong way.

Sztuka was later tipped onto two wheels by Camara while Antonelli sprinted away and managed to end lap one 1.5 seconds clear, with Prema’s Charlie Wurz and Rafael Camara and PHM Racing’s Taylor Barnard behind Sztuka.

Former points leader Camara fell to the back when he locked up on lap two, and then a rear-left puncture brought an end to his race. Sztuka briefly escaped up the road in second place but was down to fifth on lap three behind Wurz, Barnard and US Racing’s Alex Dunne.

Barnard had more pace than Wurz, and got alongside in several corners before sending it up the inside at the Tornatino hairpin and getting up to second. Wurz was forced off track at the exit of the corner but did not lose any further places, however the pair were already almost five seconds behind Antonelli after just three laps.

Antonelli set fastest lap after fastest lap as he pulled away, lapping in the 1m34s while many were still in 1m36s territory, and the gap only stabilised in the middle of the race as he looked after his tyres and himself in the morning heat.

Barnard was able to distance himself from Wurz, but after 20 laps finished 5.78s behind Antonelli.

Even further back was Dunne, who managed to stay in front of Sztuka, Marcus Amand and eventually Prema’s James Wharton and Conrad Laursen too as they formed a queue behind him.

Wharton has risen up the order and had an incident with Laursen prior to passing him for seventh.

There was lots of drama further back, starting with Van Amersfoort Racing’s Brando Badoer stalling at the start and then retiring. Ismail Akhmed ran off track twice and raced for some time with no front wing before ending his race in the pits, and Frederik Lund broke Elia Sperandio’s rear-left suspension with a hit.

Koyama in the clear in FRJC after dominant Motegi weekend