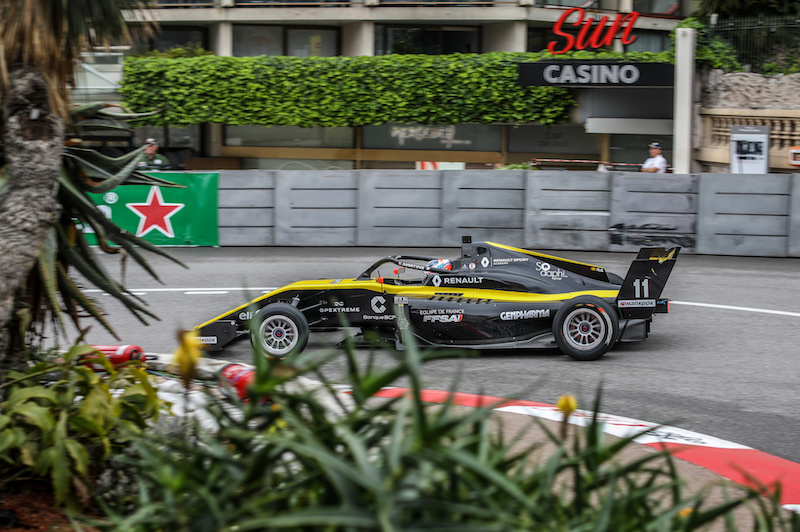 Victor Martins took his first win of the Formula Renault Eurocup season with a lights-to-flag victory in race one in Monaco, while championship leader Oscar Piastri could only manage fifth.

Martins made a good get away from pole to stay ahead of fellow front row starter Alexander Smolyar and Caio Collet.

The R-ace GP drivers kept MP Motorsport man Martins under pressure in the opening laps, but the top three began to spread out later in the race and Martins finished 1.3s ahead of Smolyar, with Collet a further 1.8s behind.

Piastri, who started sixth, fell back to eighth on the opening lap, leaving himself with plenty of work to do on the narrow streets of Monaco.

He found himself stuck behind Joao Vieira for a number of laps, but managed to make a move stick at the entry of Swimming Pool. From there, he rapidly closed the gap to fourth placed Lorenzo Colombo, setting a series of fastest laps in the process.

Colombo spent the second half of the race with Piastri on his tail. He was unable to shake the R-ace GP driver, but put up a strong defence to hold on to fourth until the chequered flag.

Fifth for Piastri means Martins was able to close the gap in the championship standings to just one point.

Vieira spent most of the race leading a five-car train in sixth. Despite the pressure from Patrik Pasma, he kept hold of the position to take his second best finish of the season so far.