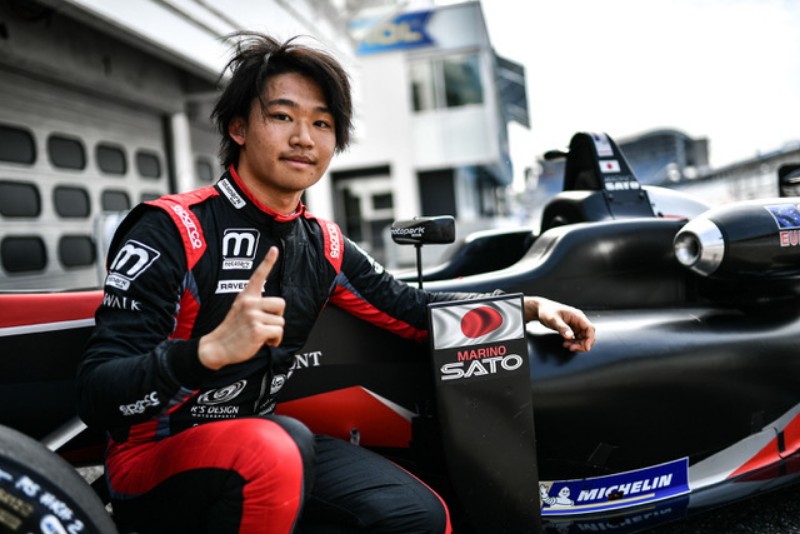 Marino Sato took his first pole position in Formula 3 in qualifying for the first ever Euroformula Open race at Hockenheim.

The Japanese driver raced at the circuit six times in European F3 in 2017 and ’18, although he was unable to show his pace in EF Open free practice due to car issues.

Linus Lundqvist looked as quick as Doohan early in qualifying, but was one of many compromised by traffic late on and ended up fifth.

Further behind him were Teo Martin Motorsport’s Aldo Festante and Lukas Dunner, who had looked quick in practice and has picked a strategy that left Festante looking odds-on for pole midway through the session.

Festante was unable to improve after that though, and the pair were exposed down in eighth and ninth by the end of qualifying.

Carlin’s Christian Hahn slipped past them for seventh, despite missing much of free practice.

The top 14 were covered by less than a second, with Hahn’s Pau Grand Prix-winning team-mate Billy Monger and Drivex School’s Rui Andrade propping up the field.