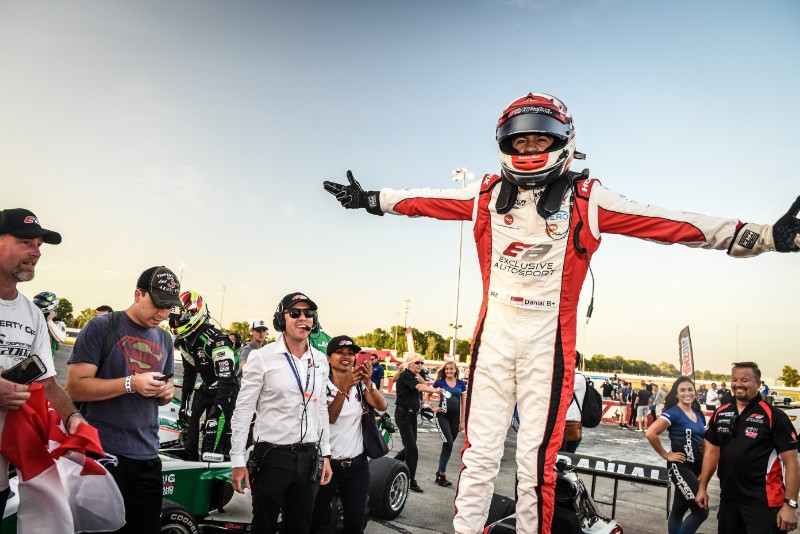 Danial Frost sealed his first Indy Pro 2000 win in the Freedom 90 at Lucas Oil Raceway, doing so from pole position.

The Singaporean led all 90 laps on his way to victory – despite the caution being thrown during the middle of the race due to his Exclusive Autosport team-mate Nikita Lastochkin running slow on the track. He eventually took the chequered flag with a 4.8 second advantage.

The dominant result for Frost – which included getting the maximum points possible thanks to also getting the fastest lap -means he closes the gap to IP2000 championship leader Rasmus Lindh.

Juncos Racing’s Sting Ray Robb took a comfortable second place after he was able to get by Kyle Kirkwood during the middle period of the race.

RP Motorsport’s Kirkwood was also pipped to a podium spot on the final lap by Robb’s team-mate and championship leader Lindh.

Jacob Abel was the only other driver to finish on the lead lap in fifth position, with DEForce Racing pair Kory Enders and Moises de la Vara, and FatBoy Raving’s Phillippe Denes ended up being lapped on the short 1.1km oval.

Parker Thompson – who won the opening two races of the season at St. Petersburg – Lastochkin and Antonio Serravalle were the three drivers who failed to finished the race. 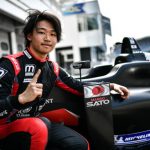 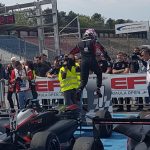