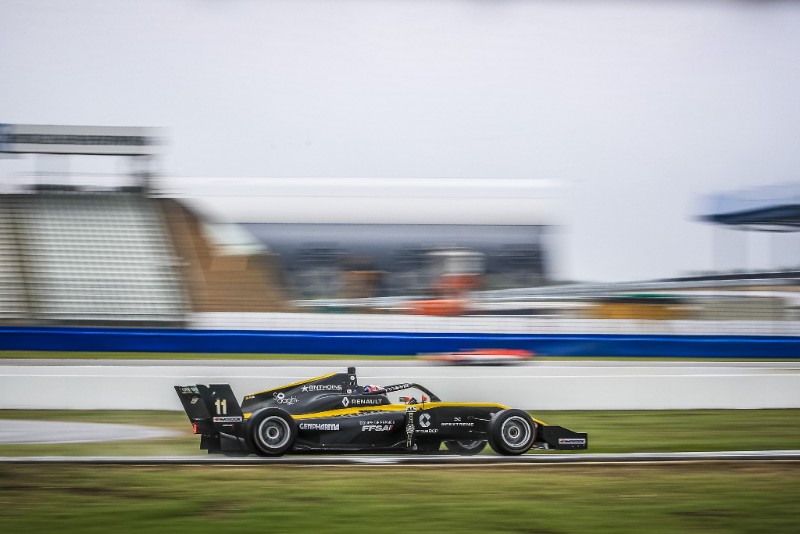 The MP Motorsport driver set his best time halfway through the session when the track was at its best, not long before the session was stopped with around seven minutes remaining when JD Motorsport’s Leonardo Lorandi went into the Turn 14 wall.

Rain continued to fall, and in the restarted session there were multiple drivers spinning. It only took a few minutes for another red flag to end the session early when MP’s free practice pacesetter Amaury Cordeel crashed.

Martins will share the front row of the grid with championship leader Oscar Piastri, who sits 12.5 points ahead in the standings.

Piastri’s R-ace GP team-mates Alexander Smolyar and Caio Collet fill the second row, and were the last two drivers within one second of pole.

Gregoire Saucy managed to go ninth fastest on his first Eurocup appearance in two years for R-ace GP, ahead of Arden’s Frank Bird.