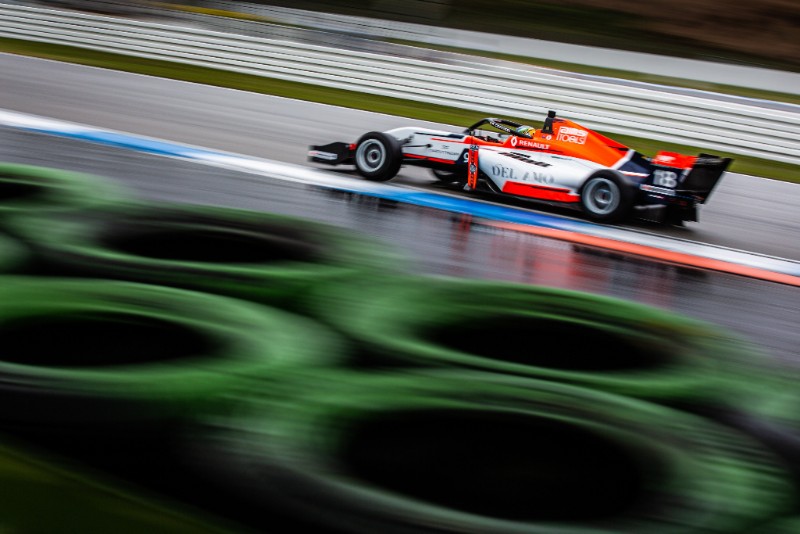 Wet weather hit the circuit just as the morning session began, with the first driver to fall foul of the conditions being R-ace GP’s Gregoire Saucy.

The French team was running an additional fourth car for the Swiss, who usually races in ADAC and Italian Formula 4 but did briefly enter the Eurocup back in 2017.

His on-track error led to a red flag period, with another stoppage coming after M2 Competition’s Kush Maini span.

Cordeel set his session-topping lap early on, and a third red flag after team-mate Lorenzo Colombo stopped on track meant nobody had the opportunity to beat him. He ended up 1.550 seconds clear of other team-mate Victor Martins, with R-ace GP’s Caio Collet another 0.701s back in third place.

It remained wet in the afternoon, with the top places disputed throughout the session by the MP and R-ace drivers.

There was another three red flag periods, two of which caused by Global Racing Service’s Alessio Deledda, and the last one bringing an early end to free practice.

R-ace GP pair Oscar Piastri and Alexander Smolyar were first and second fastest, but several seconds slower than they had been in the morning.