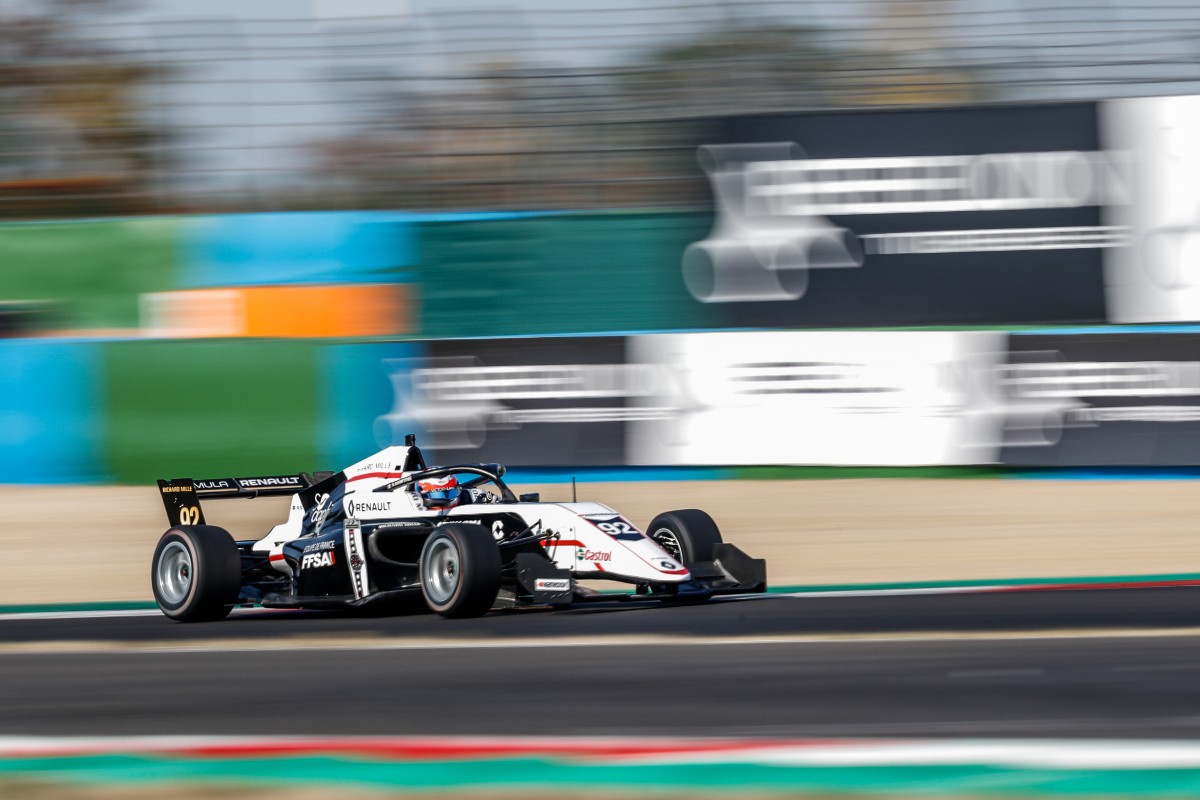 Victor Martins won from pole position in race two of the Formula Renault Eurocup weekend at Magny-Cours, making up for his third place finish yesterday.

The ART Grand Prix driver lost the lead of the championship to R-ace GP rival Caio Collet in race one when the Brazilian one, but Martins responded in race two by staying in total control through a disrupted race in which Collet trailed him throughout.

The race ran behind the safety car for the first lap due to cement dust on the main straight, and the safety car came out on two more occasions during the 30-minute race, but Martins didn’t give Collet a chance to go for the race lead.

Collet did keep within one second of his title rival during each green flag period as the pair created a gap to the rest of the field behind.

David Vidales completed the podium in third place, holding off Bhaitech’s Lorenzo Colombo and Arden’s Alex Quinn. No positions were gained or lost in the top five from the grid order at the beginning of the race.

Eighth to 10th changed considerably during the final two minutes of the race.  On the penultimate lap Franco Colapinto was late on the brakes when attempting a move on Hadrien David for eighth place, and ended up breaking his own suspension after an earlier move on R-ace GP’s Petr Ptacek had broken Ptacek’s.

Paul Aron also lost positions having to avoid the crash, although a messy race had already put him down the order, and as a result the last points finishers were William Alatalo (JD Motorsport), Amaury Cordeel (FA Racing by Manor) and Vicky Piria (Bhaitech).