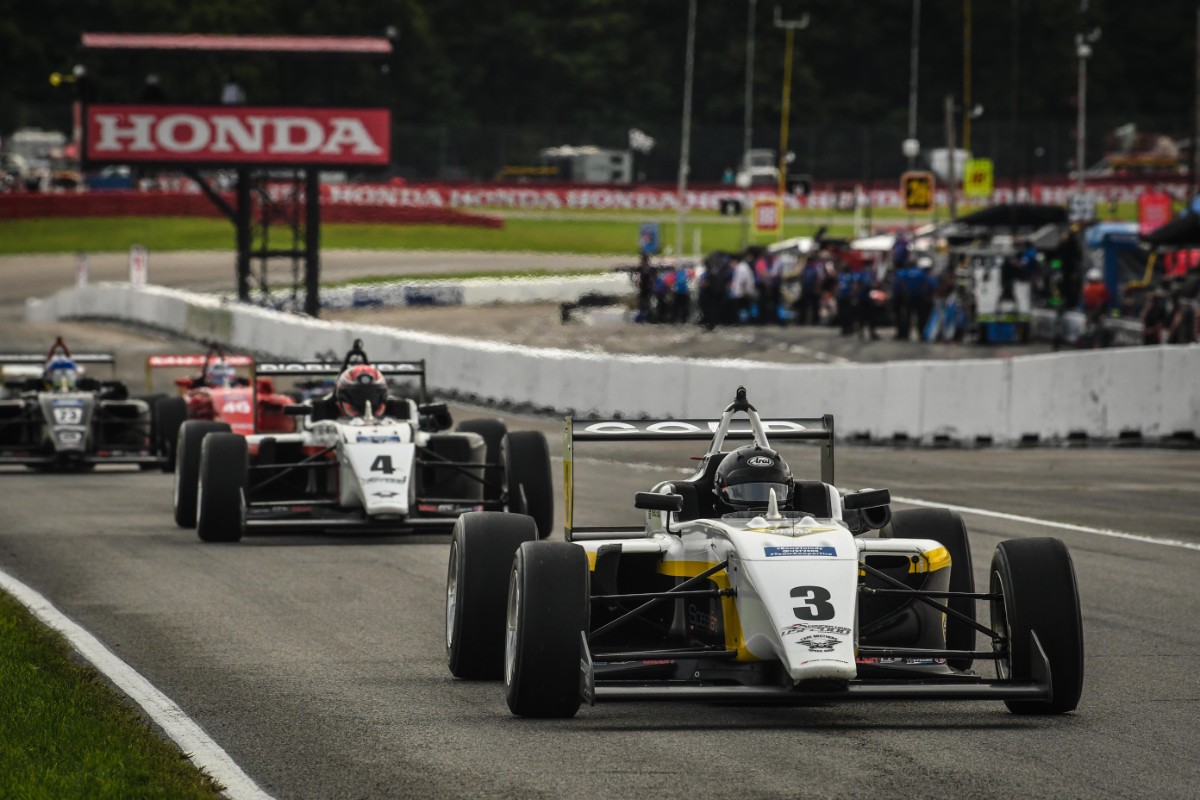 Christian Rasmussen had his USF2000 points lead cut drastically in the triple-header round at Mid-Ohio, despite adding another win to his tally.

Race one pole was taken by Rasmussen, and it looked like he would take his seventh win of the season after a great start. An unforced error by the Dane led to him losing the lead in the most spectacular fashion possible – running off into the barriers then emerging from them again but at the back of the pack.

His mistake handed the lead to Cape Motorsports’ Michael d’Orlando, who spent the rest of the race resisting pressure from his team-mate Reece Gold. A great opening lap brought Rasmussen’s Jay Howard Driver Development team-mate up to third, and he also had to spend the race under a lot of pressure from Exclusive Autosport’s Christian Brooks.

Rasmussen was able to recover to 14th, while his title rival Eduardo Barrichello came from the back of the grid to finish 10th.

Race two had a similar pattern, with a great start from Rasmussen, before he threw it off track, and a Cape driver winning. This time it was Gold who won, having started from pole, while Rasmussen qualified lower down and was on a charge when contact led to a puncture and a spin.

Rasmussen’s recovery this time was not about position, as he was lapped, but about securing the fastest lap that would put him on pole for race three.

He achieved that feat, and this time replicated his early season form with a win in race three over d’Orlando and Gold.

Second place in race two and seventh in race three means Barrichello has now dropped behind Gold as Rasmussen’s closest rival in the standings, and there is now only a 13-point gap between the two.

Legacy Autosport’s USF2000 debutant Simon Sikes finished race three in fourth, but led at the start after Rasmussen was cautious through the first two corners on a damp track surface.

Rasmussen took several laps before he challenged Sikes and reclaimed the position, then lost it to d’Orlando. The race one winner then made an error and slid wide, handing the advantage back to Rasmussen.